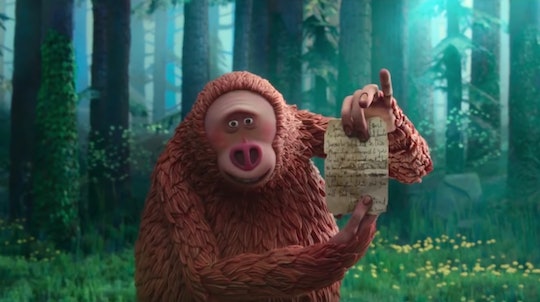 How To Watch 'Missing Link,' The Visually Fun Family Movie That Won A Golden Globe

While skimming through the list of incredible movies and TV shows nominated for Golden Globes, some titles may have piqued your interest. For example, you may be curious to know how you can watch Missing Link, the stop-motion animated adventure film that won Best Motion Picture - Animated category at the 77th Golden Globe Awards on Sunday night and beat out blockbusters like The Lion King, Frozen 2, and Toy Story 4. And, fortunately, you can easily find the family comedy.

Missing Link, which premiered in April 2019, tells the story of an aspiring adventurer from London, Sir Lionel Frost, who encounters a very friendly, 8-foot tall Sasquatch, Mr. Link. Together, they travel through the Himalayas to find his yeti cousins. With a PG rating, Missing Link is a fun, fantasy movie the whole family can enjoy. And good news, it's currently available to stream on Hulu, if you have a subscription, of course.

Beyond its fun plot and cool-looking stop motion animation style, Missing Link also boasts an all-star voice cast, including Zach Galifianakis, Hugh Jackman, and Zoe Saldana. While Missing Link didn't do too hot at the box office last year, critics were definitely fans. The movie currently has an 89% fresh rating on Rotten Tomatoes and was praised for its "visually stunning" animation.

Although Missing Link is rated PG, parents may want to read the reviews before immediately putting it on for your little ones. Common Sense Media has praised the movie for showing off positive character strengths, though parent reviewers noted that the film does contain some violence, recommending it's best for kids 8 years old and up.

With the exception of Missing Link, all of the films that were nominated for Best Motion Picture - Animated at the 2020 Golden Globes were either sequels or reboots of popular movies. But while The New York Times noted that "the Globe almost always goes to a Pixar film" — Missing Link comes from Annapurna Pictures and Laika — Sunday night's Golden Globes proved different. And, fortunately, you can easily experience the award-winning movie's adventure and exploration.

This article was originally published on Jan. 2, 2020