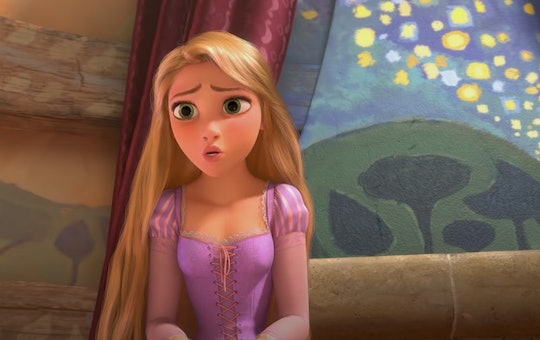 Psst! You Can Watch The Full Version Of Disney's 'Tangled: The Musical' For Free

If you're running out of things to stream, then you'll definitely need to know how to watch Tangled: The Musical. Disney recently released the full — yes, full — professionally shot film online for families to enjoy at home.

On July 24, Disney Parks released the full recorded version of the stage production of Tangled: The Musical on its YouTube channel. "Gather the family and get ready to have the best day ever as we celebrate our favorite crafty princess," Jonathan Frontado, public relations director for Disney Cruise Line, Adventures by Disney, and Disney Vacation Club, said in a recent blog post. "You are invited to virtually step into the beautiful Walt Disney Theatre for a special presentation of our Broadway-style production, 'Tangled: The Musical.' This previously recorded video features the original cast from the show’s opening."

The musical is based on the 2010 animated movie Tangled, which tells the story of Rapunzel and how she escapes the confines of a tower with her magical hair and a handsome bandit named Flynn Rider. The musical features the incredibly catchy songs from the movie, like the villainous anthem "Mother Knows Best," in addition to some brand new tunes written just for the show by Academy Award winning composer, Alan Menken.

And best of all, anyone can watch Tangled: The Musical on YouTube right now — for free — and sing along to "At Least I See The Light" over and over again.

If Hamilton: An American Musical has been on repeat in your home since it premiered on Disney+ in early July, then you might like to Tangled: The Musical to the mix. The musical is just an hour long, so it won't take too long to watch.

Tangled: The Musical debuted in 2015 and has been exclusively performed on Disney Cruise Lines on the Disney Magic Cruise Ship. So, if you've never set sail on the cruise ship, which travels to the Bahamas, Caribbean, and even Europe, then you likely haven't seen it. And because Disney Cruises have been temporarily suspended through Oct. 2, 2020 due to the pandemic, this musical can act as a special treat to those who have had to cancel their summer vacations.

And once you've watch Tangled: The Musical a few times, you can also stream Tangled on Disney+.

More Like This
Sarah Jessica Parker Brought Her 13-Year-Old Twins To See ‘Hocus Pocus 2’
'The Proud Family: Louder & Prouder' Is Returning For Season 2 On Disney+
Here's Where The 'Hocus Pocus' Characters Are 30 Years Later
10 Facts About 'The Nightmare Before Christmas' That May Surprise You