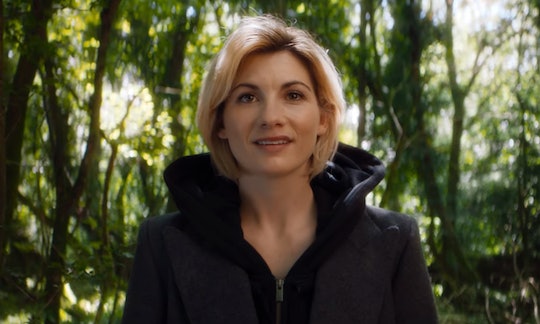 Here's How To Watch The 2017 'Doctor Who' Christmas Special

However, if you want to see the special on a much bigger screen, the BBC has partnered with Fathom Events to bring the special to select theaters on Wednesday, Dec. 27 at 7 p.m. local time. After the screening of the episode, there will also be two exclusive bonus pieces, which will take audiences behind the scenes of the holiday special. The bonus pieces will celebrate showrunner Steven Moffat and the current 12th Doctor, Peter Capaldi, both of whom are exiting the show after the Christmas special. Taking the place of Capaldi as the 13th doctor is Jodie Whittaker, who will make her first appearance in the Christmas special and be the first ever female Doctor.

For a lucky group of 600 people who live in the UK, they will be watching the Doctor Who Christmas special at the Bradford's Odeon cinema. This will be the first time the theater's been used in the past 17 years. The cinema will have two separate screenings exclusively for fans who won tickets in a BBC ballot. There will also be other special screenings at St. Nicholas Cathedral in Newcastle, Durham School, and Hartlepool Town Hall.

The new special will also star Pearl Mackie, who's been playing the Doctor's companion, Bill, and guest star Mark Gatiss, who also writes for the show, as the Captain. Game of Thrones star David Bradley will also appear as the First Doctor, a role originated by the late William Hartnell when Doctor Who first premiered back in 1963. This special episode was written by Moffat and directed by Rachel Talalay.

Gatiss teased to Entertainment Weekly that this episode will be "moving" but that it's also "very charming [and] funny." In the special, the Doctor is not ready to regenerate and as he struggles to come to terms with it, he comes face to face with the first version of himself, who is preparing to regenerate for the first time. As the two doctors get ready for the inevitable, they'll also have to face a mysterious threat and work with Gatiss' character who is plucked out of time, right out of the First World War.

As always, fans can expect the Christmas special to include some surprising twists, but also be a fun and harrowing episode that leads into the next Doctor's adventures in the TARDIS. This episode is obviously going to be a big event for a lot of reasons, so if you're going to watch, you might as well see it on the big screen. Although tickets went on sale back in October, they may still be available to find tickets at FathomEvents.com.

If not, you can see Doctor Who: Twice Upon a Time when it premieres on the BBC on Christmas Day at 9 p.m. EST.