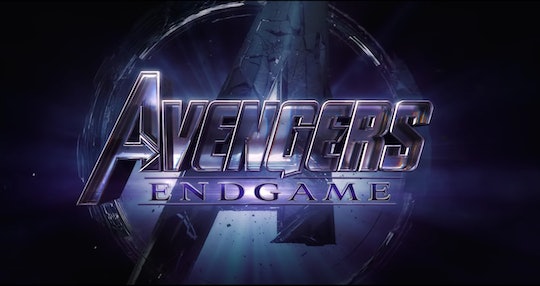 In a little more than a week, Marvel's Avengers will finally reunite and have an epic showdown for the ages in Avengers: Endgame when it is released on April 26. But before anyone watches what could possibly be the last Avengers film ever (more on that later), they'll want to properly prepare themselves by watching all of the movies in advance. Although it might be a little complicated, here are the instructions for how to watch the Avengers movies in order, before it hits theaters next week.

Fans have been enamored with the Marvel Cinematic Universe since the first two films in the universe — The Incredible Hulk and Iron Man — were released in 2008, according to Forbes. Over the course of the past 11 years, more than 20 films in the MCU have been released. But Avengers: Endgame will be the most exciting of them all. This is seemingly the last film in the Avengers series since Marvel has not yet announced plans for a fifth installment, according to Vox. And on top of this, this could be a film where many beloved characters finally meet their fate, according to DigitalSpy.

Before that sadly (and possibly) happens, there is a lot of recapping that longtime fans can do by watching the films in order — not by their release order — but by the way they exist in the MCU.

They should be watched in chronological order, because there are quite a few plot holes in the films as they are released, according to ScreenRant. The films in this order "tell the best story."

But others disagree: some Reddit users argue that people should watch the films the way the Marvel executives intended, which is the order they were released. But surely everyone can agree that they should be watched again because they are that epic.

Anyone who has ever tried to have a movie marathon knows that binge watching films isn't easy, even if it is all of the Avengers movies. It would take more than 38 hours to watch all of these films in one go, according to ScreenRant. But since Avengers: Endgame doesn't hit theaters for another 12 days, watching all of these films by then is very possible — people would just have to watch two each day in order to accomplish this. This is something that is easy enough to tackle (if they have enough time in the day to do it).

Here's the best thing about having the ultimate Avengers movie marathon — all of these films are available to buy or rent on Amazon or iTunes, making it easy enough to watch them. Watching all of the Avengers films in order may be time consuming, but it will be so worth it when Avengers: Endgame comes out in theaters on the 26th.