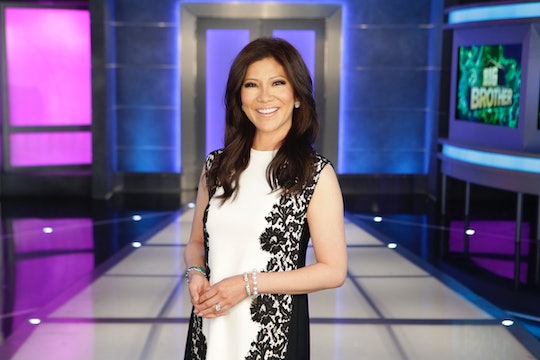 The Live Feeds Are Half The Fun On 'Big Brother'

The new season of Big Brother is finally here and while it's definitely good to watch the actual show that airs on CBS, most Big Brother fans know the really good stuff happens on the live feeds. So here's how to watch the Big Brother live feeds so you don't miss a thing.

First, you'll need a CBS All Access, CBS' online streaming service, account. If you don't already have an account, you can get a one week free trial, however that won't get you very far into the Big Brother season, which lasts all summer. So, you'll need to actually subscribe. But thankfully CBS All Access offers you two options: you can do the limited commercials plan for $5.99 a month or the commercial free plan for $9.99 a month.

Whichever plan you choose it'll certainly be worth it because then you'll have 24/7 access to the live feeds in the Big Brother. This means you'll get to see footage from inside the house, showing you what the houseguests get are getting into live. This includes any fights, drama, hookups, and more. Additionally, when there's an endurance head-of-household competition that goes on all night, the only way to see the whole competition play out is on the live feeds.

There are a number of Twitter accounts dedicated to providing you with regular updates on what's happening on the live feeds. One of the most popular accounts is Big Brother Daily (@BB_Updates). Meaning you can check out Twitter for regular updates and turn on notifications if you really want to know everything that's happening in the house at any given time. While you won't be able to see what's happening, at least you'll still be able to stay in the know about what's going on in the house.

If you do watch the live feeds be mindful of spoilers. What happens in the house takes place prior to when things are aired on TV. Thus, "live feeders" will know who's the next HOH and who won the power of veto before those episodes air on TV. While that's great for live feeders there are some Big Brother fans who like to only watch the episodes that air on TV and don't want to be spoiled ahead of time. So if you do choose to watch the live feeds or follow the updates, just try not to ruin the fun for those who don't.

The live feeds will begin after the two-night premiere ends on Thursday, June 28. Beginning then you can log onto CBS All Access and see what the houseguests are getting into in the Big Brother house, and the first week of live feeds is certainly one you won't want to miss. The start of the game is always fun to watch as the houseguests start to make alliances and it quickly becomes clear who's a go-getter in the house and who's a "floater," someone who simply floats around the house rather than making any big moves against anyone. It's also when "showmances" — romances between houseguests — begin to form. So if you haven't gotten live feeds yet, now's the perfect time.