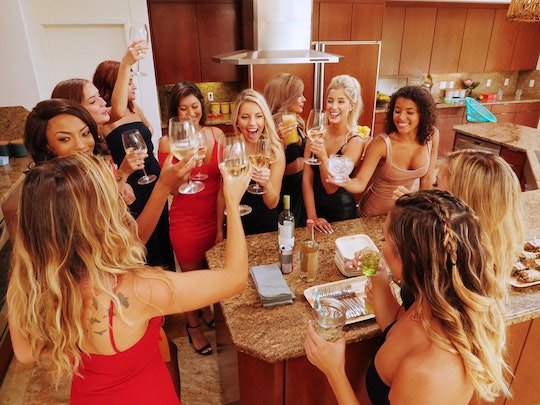 Temptation Island has been resurrected from its watery grave after being canceled three seasons into its original run on Fox in 2003. USA Network has picked the nearly 20-year-old series up for a reboot, complete with its original host, set to premiere on Jan. 15. But viewers tuning in afresh might be wondering how to watch the original Temptation Island. Sadly, like most old reality shows from the early-aughts, there aren't any legitimate ways to stream the series. It isn't available on any streaming platforms after being removed from Hulu a while ago and the series is long-since off the air at Fox. Temptation Island episodes sometimes float around YouTube, and this user appears to have most of the episodes uploaded. But in general, there's no good place to find the original, which is a bummer if you're a fan of messy reality dating shows.

Temptation Island predates The Bachelor by two years, if you can imagine early seasons of that show without quite so much class and good taste. Its premise, which spurned a whopping 20 international versions, involved four couples going to a remote beach in Belize, where the men were separated from their partners to bunk with 12 female models. Meanwhile, the women in the couples bunked with — you guessed it — 12 hot dudes. The singles were basically placed with the explicit intention of trying to break the couples up by making them cheat. But USA Network's rebooted version is reportedly trying to move away from that model a little bit.

The original Temptation Island boasted a pretty memorable scandal in its first season, too, when one of the couples found themselves kicked off the show. Ytossie Patterson and Taheed Watson were removed from Season 1 of the series after producers discovered that the pair had children together. (The goal of the show was to get couples to cheat, sure, but they didn't want to tear apart any actual families.)

Asked if he thought Temptation Island could hold up in the modern era, host Mark L. Walberg said it was more relevant than ever. In an interview with the Arizona Daily Sun, he explained:

The same questions asked back then remain today when it comes to relationships. The relevance might be heightened now because if you’re single today, temptation — the possibility something might be better out there for you — lies with the swipe of a finger on your phone. Not even in the apps, but on Instagram, where you can DM anybody. People are sending out the best version of themselves at all times, all day long on their feed. I think now it’s even more relevant.

But despite that very earnest sell, Walberg did acknowledge in a 2014 interview with Vulture that the show was "kitschy and ridiculous."

He went on to say, "But in the moment, it was really serious to these people. And so to be the host, you kinda gotta go there with them." If you'd like to join them, new episodes of Temptation Island air Tuesday nights on USA.