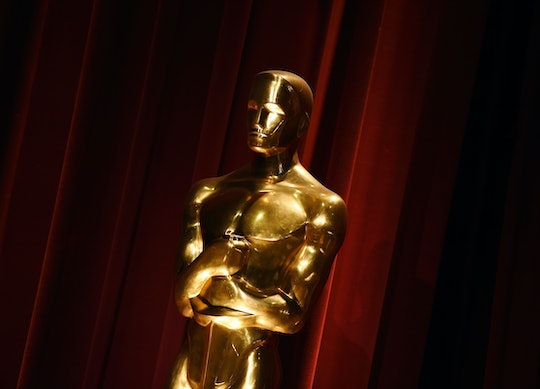 How To Watch The Oscar Nominated Documentary Shorts, Because You Shouldn't Miss These Films

When it comes to the Oscars, the big categories get all the buzz. Most people can probably name at least one of the films nominated for Best Picture, or one of the people up for Best Actor or Best Actress. But, of course, there are plenty of other films nominated for Academy Awards that don't get much attention, despite being awesome. One of those categories? Documentary short films. Documentaries are pretty hot right now (Making A Murderer, anyone?), and documentary shorts often pack a powerful punch. If you're interested in checking them out (and you should be, because they sound really good), here's how to watch the Oscar nominated documentary shorts.

In general, short films don't usually receive the same kind of commercial support of a feature film (and don't come close to the big studio blockbusters), so checking them out isn't always as easy as just heading down to the local movie theater. But that doesn't mean you can't see them on the big screen — this year's Oscar-nominated shorts can be found in theaters in limited release thanks to cable channel ShortsHD. The channel made a theatrical release of the nominated shorts across three different categories available — live action, animation, and documentary. The ShortsHD website allows users to search for nearby theaters based on their location, listing what's available to watch.

Not near a theater showing any of the films? The documentary shorts will also be available for download from iTunes, Google Play, Vimeo On Demand, and Amazon Video as of February 23, as well as on demand from outlets like Comcast, T-Mobile, DirecTV and Google Fiber — which means that there will be plenty of options for checking out these films before finding out the winners on Oscar night Feb. 28.

There are five Oscar nominated documentary shorts up for the award this year (which, according to the eligibility definition set by the Academy of Motion Picture Arts and Sciences must have "a running time of 40 minutes or less, including all credits"):

Body Team 12 tells the story of Garmai Sumo, who is responsible for collecting the bodies of Ebola victims who died during the 2014 outbreak.

Chau, Beyond the Lines

Chau, Beyond The Lines, follows Chau, a teenager born with birth defects caused by Agent Orange. Despite his own difficulties, and despite being told repeatedly that his goals are unrealistic, Chau dreams of becoming an artist and clothing designer, and is determined to make it happen.

Claude Lanzmann: Spectres of the Shoah

Claude Lanzmann: Spectres of the Shoah follows the work of French director Claude Lanzmann, and looks back at the 12 years it took for him to make his 1985 film Shoah, a 9-and-one-half hour documentary film about the Holocaust.

A Girl in the River: The Price of Forgiveness

Eighteen-year-old Saba from Pakistan became the target of an intended honor killing by her father and uncle, after falling in love and eloping against their wishes. More than 1,000 girls each year in Pakistan are killed in honor killings, but Saba survived, and she tells her story in this film. Watch the trailer on Vimeo.

Manny Babbitt is a Vietnam veteran who suffers from PTSD. When his brother Bill learns that Manny has committed a crime, he struggles with the decision to call the police, knowing how difficult it has been for his brother to get the help he needs.

Following along with the big Oscar nominees is always fun, but taking some time to check out other deserving films in less-popular categories is a great way to see some wonderful films, while also supporting the filmmakers who work so hard to get them seen. Since they don't run as long as features, they're a nice alternative when you're not in the mood to sit through a full-length movie — plus, knowing a bit more about the documentary shorts is bound to help you finally win your office Oscars pool. So, you know, win-win.