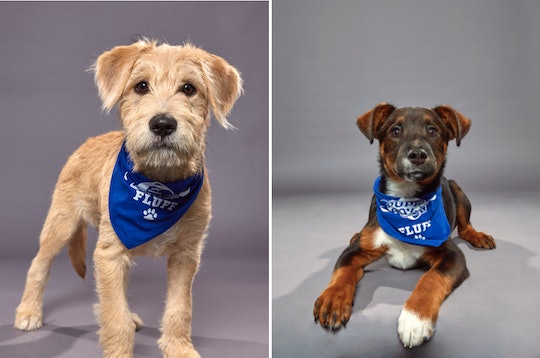 The most adorable, action-packed time of the year is nearly here. Yes, I'm talking about watching the Puppy Bowl in 2020, Animal Planet's annual event that brings footballs fans, animal lovers, and truly anyone who likes cuteness together to see two teams of tiny doggos compete for the ultimate title.

This year's upcoming Puppy Bowl, which marks the game's 16th year, airs on Animal Planet on Sunday, Feb. 2 at 3 p.m. EST. To watch, all you need is access to a TV and a cable subscription so you can flip on Animal Planet and catch all the fun-filled action that takes place between #TeamRuff and #TeamFluff over the course of two hours.

Although the big showdown between #TeamRuff and #TeamFluff is the main attraction, Puppy Bowl fans will definitely want to stick around for all of the super fun stuff in between.

This year, Puppy Bowl weekend kicks off with older dogs also getting their chance to shine. Viewers can also tune into Animal Planet to watch Puppy Bowl Presents: The Dog Bowl on Saturday, Feb. 1, at 8 p.m. to watch adult and senior dogs compete for the trophy. There will also be a Puppy Bowl pregame show that airs one hour before the big broadcast and a halftime show, featuring some super adorable kittens.

So mark your calendars and make a mental note now that you can always switch the channel if professional football isn't really your cup of tea. Puppies in bandanas are always a great alternative, right?