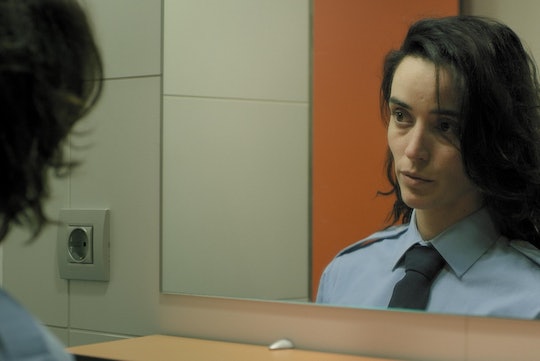 'Timecode' Isn't An Easy Film To Find — Here's How

The nominations for the 2017 Oscars were announced today, from the biggest categories to the smallest. Five short films made the cut in the Best Live Action Short category, including the acclaimed Timecode. The shorts aren't quite as easy to track down to watch as the full-length feature films that are nominated, particularly because you can't just roll into the movie theater and catch them. But if you're the kind of person who likes to be fully informed when it comes to making your Oscar predictions about potential winners, then you're going to want to catch them all. You may be wondering how to watch Timecode, because it might just be the short film that wins.

The fifteen minute Spanish film was directed by Juanjo Giménez and stars Lali Ayguadé and Nicolas Ricchini in the lead roles. The story follows two parking lot security guards, Luna and Diego, who work the day shift and night shift respectively at their place of work. After Luna catches the unusual ways Diego stays busy during his shifts, they begin to communicate through the security cameras. Timecode is a romantic film but not a typical one, which was why it has gained so much attention.

You can catch the trailer below, but unfortunately this short film is a difficult one to get ahold of – by legal means, anyway, which is all I can recommend.

Timecode is not available for purchase on Amazon or iTunes (unless you're looking for the 2000 film of the same name, which you are not), which makes it slightly harder to get ahold of. You can watch the film on the distribution website Marvin & Wayne, but you have to sign up for an account to do so. If you're a professional in the field, you can sign up for free. You can also watch it on Shorts.tv, which usually makes the Oscar-nominated short films available, but not quite yet. The 2017 shorts are still coming soon.

After winning the Short Film Palme d'or at Cannes, Timecode certainly seemed like the one to watch when it came to shorts that might take home the Oscar. It's just disappointing that it's so hard to actually watch it. As excitement ramps up for the Academy Awards, Timecode – as well as the other shorts nominated in the category – should be made more readily available. Eager viewers will just have to wait.