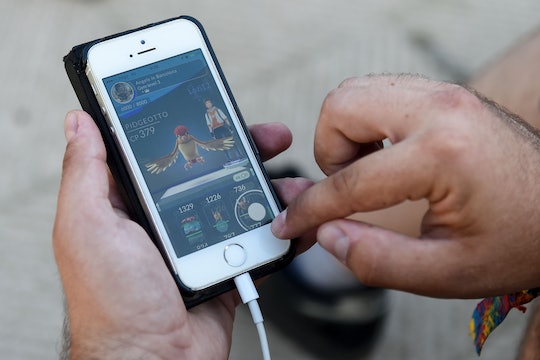 How To Win 'Pokemon Go', Because It Has To Be Possible

I think it's safe to say "Pokemon Go" is officially the latest global craze. Equal parts new fad and old friend, "Pokemon Go" uses your phone's front-facing camera to blend real life and virtual reality in a new, exciting, and apparently highly addictive, way. But all this Game Boy nostaliga begs an important question: how do you win "Pokemon Go"? Is that possible, or even the point?

Sure, the game's got its gyms, "Poke Balls," and eggs, but the real magic lies in collecting Pokemon. The true object of the game, according to MacWorld's Sarah Jacobsson Purewall, is "a quest to catch Pokemon." Collect all 151 Pokemon, complete your Pokedex, and the quest is over.

"As you level up, you’ll be able to catch more-powerful Pokémon to complete your Pokédex," according to the game's description in the Google Play store. "You can add to your collection by hatching Pokémon Eggs based on the distances you walk. Help your Pokémon evolve by catching many of the same kind."

Pokemon was originally developed around 1990 by Japanese video game designer and avid bug collector Satoshi Tajiri. The concept of the game was rooted in his love of catching bugs and being outside. He wanted a game that was going to encourage kids to get out and explore nature, according to Vox.

In 1999, Tajiri sat down for an interview with Time magazine and explained his intentions behind creating Pokemon:

Places to catch insects are rare because of urbanization. Kids play inside their homes now, and a lot had forgotten about catching insects. So had I. When I was making games, something clicked and I decided to make a game with that concept. Everything I did as a kid is kind of rolled into one--that's what 'Pokemon' is. Playing video games, watching TV, Ultraman with his capsule monsters—they all became ingredients for the game.

So Tajiri created his Pokemon, which translates from Japanese to English as "pocket monsters" with illustrator Ken Sugimori, Vox reported. He created the original 151 Pokemon, including the most famous, Pikachu.

It's no surprise, considering the Pokemon were at the center of the game's development, that the ultimate prize is collecting them all. And the real strategy in "Pokemon Go" is knowing each Pokemons' strengths and weaknesses and hatching and incubating them like they're your very own magical little pets, without all the mess. Vulture has put together this thorough guide to all 151 Pokemon that die hard "Pokemon Go" players will probably want to study.

In the meantime, it's probably best to get used to armies of people walking around in another world looking at their phone screens and trying to find "Poke Stops." And it's probably worth another reminder, driving while catching Pokemon is possible, but also really, really dangerous.