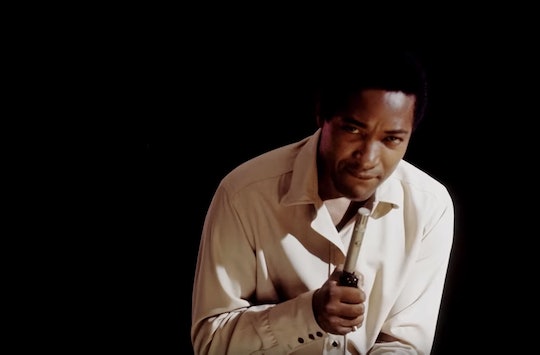 The film documents Cooke’s life through archival video footage and personal accounts from people who were inside his orbit, so it is as true as any documentary can be. With interviews from Cooke’s family and friends — including legendary musicians Smokey Robinson and Quincy Jones — The Two Killings Of Sam Cooke focuses on the singer’s rise to stardom and how he used it to become a pioneer for the civil rights movement. Some of the most fascinating footage in the documentary features videos and photographs of Cooke’s famous 1964 meeting with civil rights icons Malcolm X, Muhammed Ali, and Jim Brown.

The documentary reveals that Cooke was shot and killed by a Los Angeles motel manager named Bertha Franklin — who claimed that the singer attacked her wearing just a sports jacket and shoes — while he inquired about a woman he brought to the motel. That woman, Elisa Boyer, claimed that Cooke forced her into the motel, but she managed to escape while accidentally carrying his clothes. Franklin said that Cooke came down to her office and began demanding she tell him where Boyer went, and then proceeded to attack her, so she shot him in self defense. While Boyer and Franklin’s testimony stood up in court at the time, many people believe that Cooke’s murder may have been motivated by politics and greed.

“It just didn’t seem like he was the person who gets shot down in the way that he did, and there had to be something more at play, and that sort of fueled the idea of this being some sort of conspiracy,” Boston Globe editor Renee Graham says in the documentary. “Elvis believed that there was a sense in the music industry that Sam was getting too powerful and had to be stopped, which echoed what a lot of people in the black community thought. You know, that this was about a black man who didn’t know his place, and to stop him, he had to be murdered.”

In an interview with Rolling Stone, The Two Killings Of Sam Cooke director, Kelly Duane de la Vega, said that Cooke’s death ultimately overshadowed his contributions to the civil rights movement, and did a disservice to his legacy. “Part of his legacy was hijacked by the way he died,” she told the outlet. “He was an incredible musical artist, but just as important was the way he contributed to the civil-rights movement and embodied the idea of an African-American artist having power in the record industry. It was a seedy end, and for some people, that’s where the conversation ended.”

No matter which version of his murder you believe, there’s no doubt that Cooke lived an incredible life, and his contributions to music and civil rights continue to inspire and impact the world.

Remastered: The Two Killings Of Sam Cooke is currently streaming on Netflix.