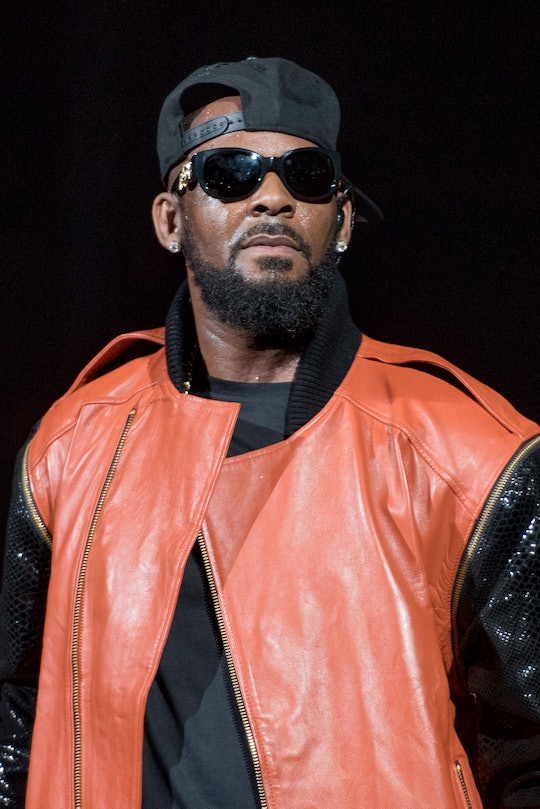 Lifetime’s new documentary series, Surviving R. Kelly, premieres on Jan. 3 and it’s already surrounded with controversy. Over the course of three nights, the series will tell the harrowing stories of women who claim to have been sexually abused by R&B singer R. Kelly. Kelly has denied these allegations, so people are likely wondering, how true is Surviving R. Kelly?

According to Lifetime, the series will document the testimonials of Kelly’s alleged victims and accusers, but it will also feature accounts from people that knew him, including singer John Legend, DJ and TV host Wendy Williams, civil rights activist Tarana Burke, and ex-wife Andrea Kelly. “For the first time ever, survivors and people from R. Kelly’s inner circle, are coming forward with new allegations about his sexual, mental, and physical abuse,” Lifetime described the series in a synopsis. “They are now finally ready to share their full story and shed light on the secret life the public has never seen.”

The series has yet to air, but it’s already seeing some controversy. Late R&B singer, Aaliyah, was known to be close to Kelly, and in the documentary, Kelly's former backup singer Jovante Cunningham alleges that Kelly sexually abused her when she was a young teen. Aaliyah’s mother, Diane Haughton, released a statement in which she accuses Cunningham of fabricating the story and calls her a saboteur of Aaliyah's legacy. When Aaliyah was just 15, according to Rolling Stone, she married Kelly in a secret ceremony and falsified her age as 18, but the marriage was annulled just a few months later. Haughton has never publicly commented on Aaliyah’s relationship with Kelly, and she maintains that nothing scandalous ever happened between the two.

Allegations of sexual abuse have been surrounding Kelly for decades, but in an interview with Shadow and Act, Surviving R. Kelly executive producer dream hampton claimed that Kelly’s heavily guarded network of secrecy is what has kept him safe all these years. When a Chicago-area man threatened to shoot up a screening of the series in New York City, hampton said she wasn’t surprised. “I don't ever want to underestimate him, this is a man who has built systems around his abuse, which is something that you'll see in the docuseries," she said, alleging that the series provides proof of his sexual abuse. “We have evidence of him raping underage girls, which is what sex with underage girls always is."

When speaking to Complex, hampton said that she worked on the series alongside Tamara Simmons, who developed trust with Kelly’s alleged victims over the years. Hampton claimed that many women were cordoned off from the world and alleged that when they were in his home, he would deny them food, freedom of movement, and would not let them speak to anyone.

“What would happen is, these girls, and they're all different ages and from different periods in his life, have created an informal network where they're talking to one another once they learn about each other,” hampton told Complex. “These are women who lived in his house and studio for years, and have the same story about being forbidden to talk. So once those women become free of those barriers, they're looking to connect with each other, to know that they weren't the only ones."

It’s important to note that, according to TMZ, Kelly and his attorney Brian Nix claim that the allegations in the series are untrue, and they have threatened to take legal action against Lifetime if the series airs.