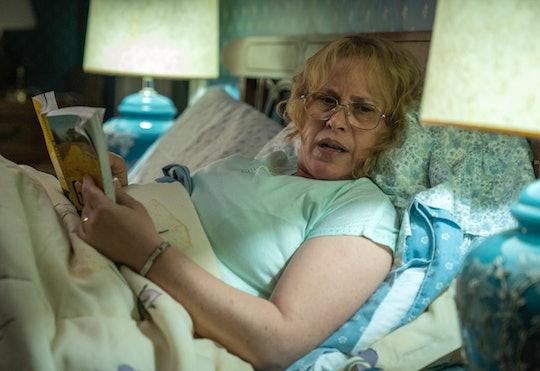 Here's The Real Story Behind 'Escape At Dannemora'

Showtime's latest true crime miniseries Escape at Dannemora tackles the real-life 2015 prison escape that took place at Clinton Correctional Facility in Dannemora, New York. But viewers who are tuning into the seven-part series, which comes from executive producer Ben Stiller, may be wondering: how true to the real story is Escape at Dannemora? Although the series is a fictionalized account, Stiller, who also directed, took great pains to make it as realistic as possible.

The series shot on location in upstate New York in the real town of Dannemora, and at the real prison complex where the fateful escape took place. "We'd have to stop when there was a shift change," explained Stiller in an NPR interview about the challenges of shooting in a prison. "And so I think that energy was very palpable, feeling, you know, they're concerned about what we were doing, how we were going to portray them.

Other local shooting locations included Bobby's Lounge, a bar in nearby Plattsburgh, and the War of 1812 Museum, also located in Plattsburgh. Stiller reportedly asked Lyle Mitchell, husband of inmate supervisor Joyce "Tilly" Mitchell, if he could shoot in the couple's real-life home, but Lyle declined. As a show of good faith to the community he was trying to represent, Stiller even hosted an advanced screening of the premiere in Plattsburgh.

Escape at Dannemora follows the story of Tilly, who works in the prison along with her husband, as she begins a sexual relationship with two inmates, Richard Matt and David Sweat. Both men were convicted murderers, and, with the help of Tilly and another corrections officer named Gene Palmer, they successfully broke out of the 170-year-old maximum security prison. It was the first escape in the facility's history. After a nearly month-long manhunt, the men were eventually apprehended; Matt was shot and killed 18 miles from the prison, while Sweat was captured alive just a few hundred meters from the Canadian border. Palmer and Tilly each received prison sentences for their part in aiding the escape. Tilly remains in jail, and her husband, whose murder Matt and Sweat were at one point plotting as part of their escape, continues to support her.

In a letter from the executive producers, the production team writes:

Much of our desire to create this series has been to tell a true story in as real a way as possible ... We interviewed and consulted with many correctional officers, community members, current and former prisoners and witnesses connected to this extraordinary crime and subsequent investigation. Filming in the North Country, having a year or so before production began to spend time there and, of course, the cooperation of Clinton Correctional itself contributed immeasurably to portraying that complicated reality.