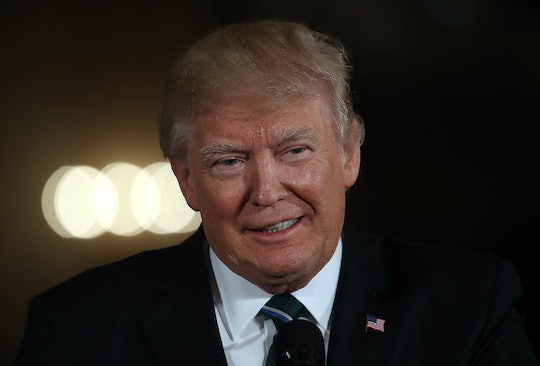 How Trumpcare Would Hurt Freelancers

In case you missed it, congressional Republicans have officially rolled out their own alternative form of Obamacare. The American Health Care Reform Act of 2017, also known as the AHCA or "Trumpcare," was introduced to Congress on March 6 and has since seen a lot of flack, from both sides of the aisle. The bill was mainly written in haste, to repeal the Affordable Care Act (ACA) as quickly as possible. And while some aspects of Obama's namesake bill remain in tact, Trumpcare takes away many provisions that a large number of Americans rely on. So, how will Trumpcare hurt freelancers? Basically, Americans without the typical nine to five and those who are employed on a contract basis will see their access to health care coverage diminished.

The proposed bill would gut Medicaid, federal funding for Planned Parenthood would be halted for at least one year, and millions of Americans would lose coverage over the next several years. While the new legislation would especially hurt seniors, it would also dramatically alter the lives of citizens who don't possess stable employment. Freelancers, whether they be writers, reporters, photographers, engineers, designers, or otherwise, will be left grasping for straws if this new bill is passed. Because, the truth is, many freelancers rely on Obamacare's Medicaid expansion to help them cover the costs of health insurance.

For the most part, freelance workers don't get health care coverage from their employers, meaning that they have to pay for the cost of their insurance out of pocket. Obamacare made health insurance affordable for everyone, not just those who were covered by their employer.

With the Republicans' new piece of legislation, though, people who need help paying for insurance may find themselves out of luck. With Obamacare, tax credits were basically given to people based on how much they needed them. Trumpcare changes that. According to The New York Times:

Obamacare calculated the credits based on the cost of insurance in a given area and how much the purchaser could afford to pay. The Republican plan hands out tax credits on a flat basis, according to age. (Both plans cut off subsidies at a certain income level, on the assumption that high earners can pay their own way.) That means that the government subsidy you might get under the different plans would depend on a number of factors – age, income, address.

Trumpcare completely disregards the majority of Americans. The work culture in America is changing, and roughly 34 percent of the nation's workforce is comprised of freelancers. Until the American Health Care Reform Act can be revised to serve all Americans, it will undoubtedly hurt more people than it helps.