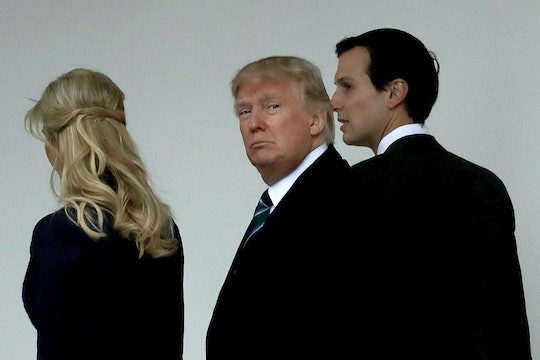 Another day in Donald Trump's America, another (read: dozen) reports alleging that the president and his administration have made moves that could render potentially harmful effects for families everywhere. Today, it's Trump's amended budget for Fiscal Year 2018 that's making headlines. While the president initially released his budget proposal over a week ago, it was harshly criticized by both Democrats and Republicans. Subsequently, the president has changed a few things. However, this isn't necessarily a positive development: The new budget calls for a $314 million cut to the Centers for Disease Control and Protection, and Trump's CDC budget cut hurts mothers around the world, not just here in America.

The $314 million cut would be achieved through "reductions to occupational safety and public health preparedness grants, as well as domestic and global HIV/AIDS programs." And those HIV/AIDS programs are exactly what millions of Americans, and world citizens, rely on. In fact, the CDC's HIV/AIDS program provides support to more than 60 countries, according to the agency. In each of those countries, the CDC works to research, treat, and provide medical assistance to families, women, men, and children who may be affected by HIV/AIDS. And with Trump's proposed budget explicitly targeting this program, millions of people would be at risk.

More specifically, the CDC's program works to allocate "HIV testing and counseling for more than 14.2 million pregnant women, and antiretroviral medications for the 749,313 women who tested positive to prevent mother-to-child transmission." The president's budget (this time around) is clearly targeting government health initiatives, with a proposed $1.2 billion cut to the National Institute of Health.

In an outline of the proposed budget, the reasoning for numerous cuts is explained: "It is not a core function of the Federal government to promote volunteerism and therefore these programs should be eliminated," the document reads. In other words, "draining the swamp" is extending to humanitarian efforts around the world, it seems.

Numerous reports indicate that these new cuts are being put forth in order for Trump to make good on his biggest campaign proposal: the border wall between the United States and Mexico. With the failure of the American Health Care Act (Trumpcare), this new budget acts as a way for the current administration to bring home a victory.

And while Trump's CDC cuts would no doubt have a negative impact on millions of women, worldwide, there's still hope. According to Bloomberg, many insiders are doubtful that the budget would be passed by Congress.

"I would say those cuts are highly improbable," Republican California Rep. Ken Calvert, of the House Appropriations Committee, said Tuesday — providing some lingering sense of hope that this budget might never make it past the discussion stages.