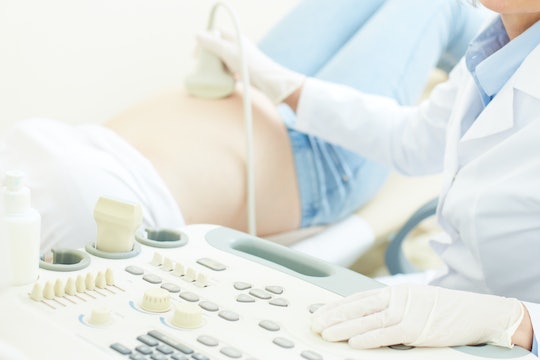 Since President Donald Trump took office in January, the pushback against many of the decisions he's made in the form of policy changes has been very strong. At times, it's even gone to the streets: the Women's March on Washington was one of the largest inaugural protests in U.S. history. Many of the concerns raised through that protest centered around healthcare access, the future of which remains in question. According to experts from within medicine and healthcare, here's how Trump's policy changes are putting women's health at risk — and will likely continue to do so.

In terms of issues like contraception, abortion access, and information about reproductive health conditions that primarily afflict the uterus, ovaries, and fallopian tubes, there has been some pivotal progress made over the last 30 years. For many young women today, their mothers and grandmothers didn't have innumerable birth control options. Many lived in an era when abortion was illegal in the U.S., and diseases of the reproductive system — especially cancers — were not widely discussed. While there's still a lot of progress left to be made, the strides forward have been important and often life-saving ones, and many worry that the current administration will make decisions that could send this work back in time by decades, if not centuries in some cases.

In an op-ed for the Journal of Family Planning and Reproductive Health Care, professor Daniel Grossman from the Department of Obstetrics, Gynecology & Reproductive Sciences at the University of California, San Francisco explains that the policy changes Trump has initiated thus far already stand to harm women — like the Global Gag Rule, which denies U.S. government funding to organizations that provide information about abortion as a family planning option.

Grossman wrote that, if the aim of the policy was to reduce abortions, then perhaps those who believed that to be true were unaware of the statistics: "It is not at all clear that this is effective," Grossman wrote of the Global Gag Rule, pointing out that, in many parts of Africa, the rate of abortions increased when health organizations lost access to funding, likely because they were no longer able to furnish contraceptive supplies and education.

In terms of abortion access in the U.S., Trump has discussed the possibility of weakening Roe v. Wade since his days on the campaign trail. While he's suggested that he would seek to overturn it, there's been lots of debate over whether that would be possible, since an anti-abortion case would have to come before the Supreme Court, and it likely wouldn't as the result of Roe v. Wade. That being said, if Trump wanted to send the legality of abortions back to individual states, as he's said he'd consider doing, that would create a drastic disparity in access. After the election, when Trump was on 60 Minutes, he was specifically asked if he understood what that would mean. He said that women "will have to go to another state" to procure an abortion if their state were to make it illegal, as reported by The Hill. Trump's statement made it clear that he understands the ramifications of interfering with Roe v. Wade.

It's not as if states haven't been motivated to start considering more restrictive legislation already: within the first few months of 2017, several bills have been introduced at the state and federal level that seek to restrict abortion access. The Sanctity of Human Life Act, the Protecting the Dignity of Unborn Children Act of 2017, the Life at Conception Act, the Heartbeat Protection Act of 2017, and the Pain-Capable Unborn Child Protection Act — just to name a few — all prioritize the rights of a non-viable fetus over the woman carrying it.

This, combined with concerted efforts to defund Planned Parenthood and repeal the Affordable Care Act — two avenues by which millions of people access healthcare services in the U.S. — is deeply concerning. Not just in the case of abortion access, but for contraceptives (which are used for things other than preventing pregnancy, like managing hormonally-driven health conditions), and health screenings — many of which are essential for detecting reproductive cancers that may not cause symptoms at first.

Whether the policies that Trump and many other Republican politicians would like to see go into effect will actually manifest remains to be seen, but as Grossman wrote, it sends a clear message: "Regardless, it is clear that the U.S. political war on women has reached an all-time apex," and as if women weren't already fighting for the rights they need (like access to paid leave and free or reasonably-price prenatal care), now they may be fighting so they don't lose the ones they thought they already had.

More Like This
Yes, It’s Possible To Get Pregnant If You Have An IUD
New Study Finds Brains Of Teens Who Lived Through The Pandemic Aged Faster
Can You Give A Sleeping Baby A Breathing Treatment? Experts Explain
Here’s Why Your Vagina Itches At Night, According To Experts