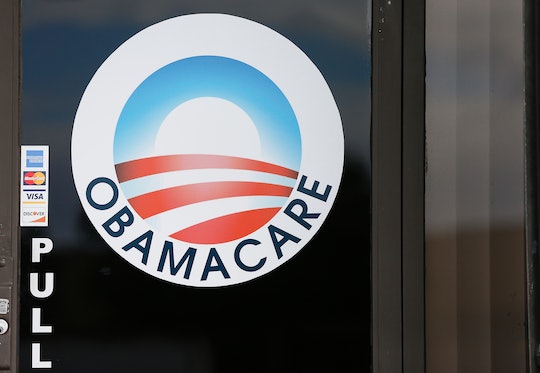 Are You Under 26 & Still On A Parent's Insurance?

On Friday, Senate Republicans approved a budgetary outline for repealing the Affordable Care Act (also known as Obamacare), kickstarting the program's removal and leaving those insured by the plan reeling. According to The New York Times, there's an estimated 20 million Americans insured by the Affordable Care Act, and over one-quarter of them are young people who became insured under their parents' plans. So will the Obamacare repeal affect those under 26 who covered by their parents' insurance?

Fortunately, this could be a case where the Obamacare repeal might not hit too hard. First of all, according to The New York Times, no one insured by the Affordable Care Act is likely to lose their insurance this year, meaning there's no need for (immediate) panic. Additionally, parental coverage of those under 26 seems to be one of the most popular aspects of the Affordable Care Act among both Democrats and Republicans, unlike plenty of other, less popular aspects of the program. According to Forbes, even the chief proponent of repealing Obamacare, President-elect Donald Trump, told CBS in November:

However, considering that Republicans have yet to announce a plan for the replacement of Obamacare, many are still worried. While the under-26 provision would likely remain a part of Trump's new healthcare plan, what happens if parents of insured young people lose their coverage? According to Forbes, Trump has yet to confirm whether his health insurance replacement will continue to cover those who are currently insured by the Affordable Care Act.

Even more worrisome? As Senate Democrats voted to block the Obamacare repealing measures on Friday, Democratic Sen. Tammy Baldwin tried to add an amendment that would ensure young adults could remain on their parents' coverage until age 26 — but Republicans blocked her move, saying it didn't apply to the current budget. The provision has bipartisan support, but early protection of the measure would have at least given young people some reassurance that they would remain covered.

According to estimates by the Department of Health and Human Services, 6.1 million uninsured people under the age of 26 gained coverage since 2010 thanks to their parents' decision to join the Affordable Care Act. For many American young people who are unemployed or underemployed, struggling to pay exorbitant fees for university, or crushed by debt, paying for health insurance on their own simply isn't an option.