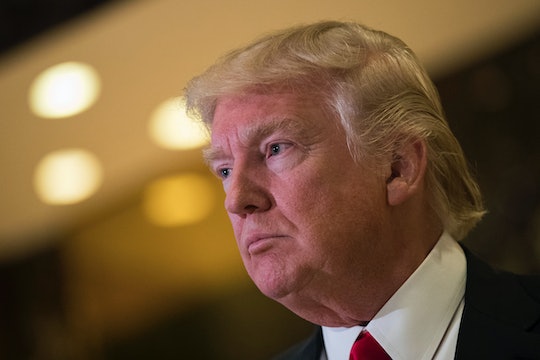 How The ACA Repeal Will Affect Single Parents

President-elect Trump, along with a Republican-controlled Congress has vowed to make the repeal of the Affordable Care Act, also known as Obamacare, its first order of legislative business. From the federal insurance mandate to no-cost birth control offered to women, there are several issues conservatives have with President Obama's signature health care reform law. How will the Obamacare repeal affect single parents? The law was intended to get more American kids covered.

While GOP lawmakers criticize Obamacare's faults, including rising deductibles and federal mandates to purchase insurance, it's still unclear what type of Obamacare replacement will be proposed to be put in its place. According to the Washington Post, Republican legislators are planning to meet in Philadelphia, Pennsylvania, at the end of January to hash out a solution. But even though the GOP isn't clear on a replacement, the Post reported, they have already begun the work in Congress to dismantle the ACA. House Speaker Paul Ryan said, according to the Washington Post:

This is a critical first step toward delivering relief to Americans who are struggling under this law. Our goal is a truly patient-centered system, which means more options to choose from, lower costs and greater control over your coverage. And as we work to get there, we will make sure that there is a stable transition period so that people don’t have the rug pulled out from under them.

During a CNN town hall last Thursday, Ryan also said that Congress will move "as quickly as they can" to repeal and replace the ACA and promised action "definitely within these first 100 days" of the incoming administration of President-elect Donald Trump, CNN reported.

There are a couple of things Congressional Republicans should keep in mind as they come up with an Obamacare replacement, as it relates to single parents trying to get their kids covered.

Obamacare used expansion and reform of state-funded programs — namely Medicare and CHIP, the Children's Health Insurance Program — to get more people insured, according to Get Insured, an Obamacare fact resource. CHIP provides low-cost health care subsidized by state and federal funds for households with a single income and at least one dependent.

Single parents can also submit their income information under Obamacare to see if they qualify for tax credits paid directly to health care insurance providers, according to Get Insured.

But one aspect of Obamacare that has been making it more difficult for single parents to afford health insurance for their kids (and one that that Trump could look into fixing) is called the "family glitch," according to First Focus. Under Obamacare, First Focus points out, if the cost of coverage for an employee is under 9.5 percent of the entire household's income, then, according to the ACA, that household doesn't qualify for tax credits to help with the cost of insurance. What that doesn't take into account, First Focus points out, is that the cost of employee-only insurance averages about $5,400 annually, but the cost to insure the entire family is much more expensive, nearly triple that, at $15,000 per year.

Only time will tell whether Obamacare's promised replacement will help more single parents pay for insurance or put the cost of care even further out of reach.