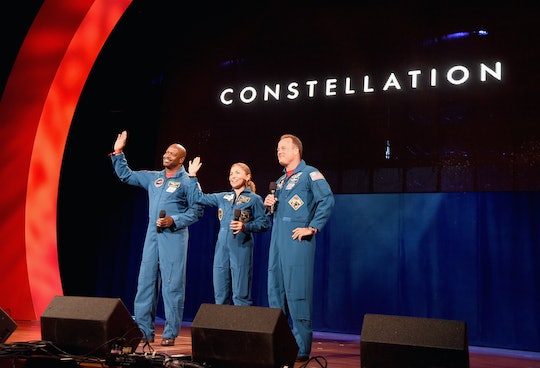 How Will The Ophiuchus Change Horoscopes? Astrology Lovers Shouldn't Freak Out

When news spread that the dates associated with zodiac signs had appeared to be recently updated, people, naturally, freaked out. Many people rely and subscribe to astrology for guidance on relationships, and general personality and emotional traits. So hearing news that there's a "new" 13th constellation called Ophiuchus that supposedly changes the dates assigned to zodiac signs, I, like many others would no longer be considered a Cancer, nearly lost it. I mean, responding to Fatman Scoop's early 2000s hit "Be Faithful" when he asked "what's your zodiac sign?" could seriously cause some confusion at parties. So, how will the Ophiuchus change horoscopes? Apparently, not so much, but it depends on your interpretation.

As Refinery29 cited, NASA had long-released, and certainly has known, information about the Ophiuchus constellation. In fact, according to a NASA blog, Ophiuchus was discovered with other constellations (and the 12 zodiacs) some 3,000 years ago by Babylonians. So, Ophiuchus was always a thing, but it was apparently left out of zodiac assignments in order to fit the 12-month calendar year.

Tali Edut, an astrologer who's one of the "AstroTwins" with her twin sister Ophira Edut, told Refinery29 that your zodiac sign is really based on astrological interpretation.

"Your zodiac sign has not changed!" Edut said. She explained that the United States mostly recognizes western or tropical astrology that uses the 12 zodiac signs, without Ophiuchus included. But other astrological practices like, sidereal or Vedic astrology, include the oh-so-scandalous, Ophiuchus. "It’s a totally different system of astrology and just as fascinating," she added.

And in case you were curious about the "new zodiac sign dates" that includes Ophiuchus, it goes as follows:

But scientists over at NASA, though, made clear that astrology is not astronomy or scientific, in a NASA tumblr blog post:

Astronomy is the scientific study of everything in outer space. Astronomers and other scientists know that stars many light years away have no effect on the ordinary activities of humans on Earth.... Astrology is something else. It’s not science. No one has shown that astrology can be used to predict the future or describe what people are like based on their birth dates.

But this isn't the first time news of a "new" zodiac sign has made news. Back in 2011, similar news surrounding a discovery of Ophiuchus made its round on the internet.

Regardless of what you subscribe to, I still stand by my belief that one should always have a zodiac sign response for Fatman Scoop.