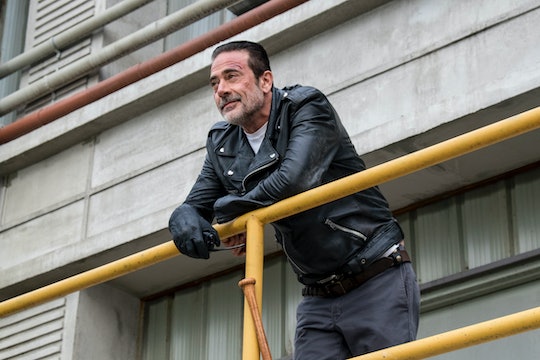 Tensions have been building for seasons on The Walking Dead as the characters try to navigate the untenable living situation Negan has imposed on all the local communities. After putting up with him for episode after episode, they've finally begun to fight back, though the battle is far from won. With things progressing so slowly from week to week, fans are surely wondering how The Walking Dead Season 8 will end. While theories abound, determining exactly how everything will pan out is somewhat difficult.

There are two more episodes in the eighth season, so the finale will be here before you know it. The entire season so far has been leading towards a war between Negan's people and everyone else: Rick's group at Alexandria, plus the residents of the Hilltop and the Kingdom, as well as the only surviving Scavenger (Jadis) and perhaps even the women of Oceanside. But things have felt even more scattered as the war ramps up, and it can be hard to imagine that merely two episodes could contain everything that needs to unfold.

But it's not impossible. The penultimate episode and the finale, entitled "Worth" and "Wrath" respectively, could very well deliver all the action of the promised all-out war, finally letting audiences know who the ultimate victor will be.

The comic series that inspired the show does have some insight on the possible resolution of Season 8. In the source material, Rick and his crew end the war triumphant. They defeat the Saviors and lock Negan away in a cell; in the years that follow, all the surrounding communities flourish. It feels like a best case scenario, but it's also not without some bloodshed. The Saviors' decision to coat their weapons in zombie guts (already depicted on the show) makes things even more dangerous, because the smallest nick could mean death.

Some characters will likely bite the dust before Season 8 is over, but any regular viewer of The Walking Dead could tell you that. But the comics take it to a trickier place: double agent Dwight pretends to wound Rick with an infected arrow, which leads the Saviors to believe he's dead. That allows Rick to swan in shockingly at the last minute to overtake Negan. Negan breaks Rick's leg, but Rick slashes his throat, an injury Negan survives but which allows him to be taken prisoner.

Some of this is sure to make its way to small screen, though it might not happen exactly as it did in the comics. Circumstances are different on the show, particularly because Rick is in an even more emotional place. He's still reeling from Carl's death, and Carl's deathbed sermon on mercy hasn't yet sunk in. It's possible that Carl's last letter will be the thing that inspires Rick to put an end to the violence, but it can seem unlikely. Rick slaughtered a bunch of Saviors as recently as "Still Gotta Mean Something," so he still has to learn his lesson about peace.

One thing is definite: Morgan won't last the season, but that's because actor Lennie James is making the jump to Fear the Walking Dead. Other aspects of the finale remain less sure. The Hollywood Reporter theorized that the long-missing Heath might make a return appearance before Season 8 is done. There's also a chance Carl's visions of a kinder world will come to pass if the show decides to tackle the comics' time jump.

Fans can expect Season 8 of The Walking Dead to end with war, but the outcome of that war is a lot more uncertain. We'll just have to wait and see how it all unfolds.