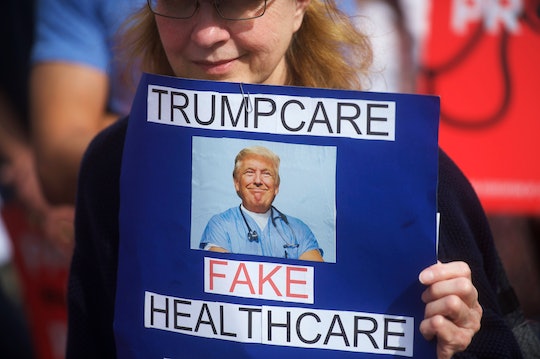 How "Trumpcare" Would Affect Rural Families

As President Donald Trump's administration and congressional Republicans work out the details and execution of the American Health Care Act (AHCA), many citizens are worried that they'll be shortchanged by the plan. But how would Trumpcare affect rural families, the very people Republicans have pledged to protect? Many speculate that, counter to legislators' goals, these families won't have access to proper healthcare if the AHCA passes, causing problems not just for individuals, but also contributing to larger, systemic issues, like a lack of support for rural hospitals.

FiveThirtyEight recently summarized that, according to the GOP's plan, "older and more rural people would receive less help buying insurance, while wealthier, younger people would receive more." Cynthia Cox, associate director of Health Reform and Private Insurance at the Kaiser Family Foundation, bolstered these estimations, saying that, under Trumpcare, "People who are older, have lower incomes and live in states with high individual insurance plan costs would end up as a rule paying more for their coverage than under Obamacare." These discrepancies are due to how Trump's plan is built. Determining care based on age gives older individuals, by default, more tax credits than younger ones, regardless of need or income level. But, this plan also allows for "older customers to be charged up to five times more in premiums for insurance than younger customers," CNBC estimated, noting that Obamacare only allowed a 3-to-1 ratio.

Rural families are also more affected by Trumpcare in that these sparsely populated areas typically have fewer private insurance providers; A less competitive market yields more expensive premiums and fewer benefits. "In a rural area there’s not really much you can do by negotiating with the few existing providers that are there," explained Gary Claxton, a vice president at the Kaiser Family Foundation. Thus, rural families would have little say in what policies end up with.

According to Vogue, "14 million Americans — many of them rural residents with low incomes, plenty of them Trump voters — will lose coverage within the first year." Due to this lack of coverage, in the end, rural hospitals will suffer, faced with the choice to either deny care to sick individuals or foot the bills themselves (most struggle to stay open in general, with the cost of providing care greater than many clinics can afford at times — adding the weight of Trumpcare would only double that pressure). Robin Schulter, the CEO of Regional Health Services of Howard County, insisted, "Putting that burden of uninsured onto those institutions can result in greater closures of rural hospitals across the country."

A difficult concept to reconcile is that, by and large, rural Americans supported Trump in a major way. That this demographic will suffer due to Trump's policies is the worst kind of irony. Rural families are often forgotten as healthcare policies are reformed, and it seems that Trumpcare is no different. One thing's for sure: As our nation attempts to keep its population as healthy as possible, more options — not fewer — are key to keeping these groups covered.