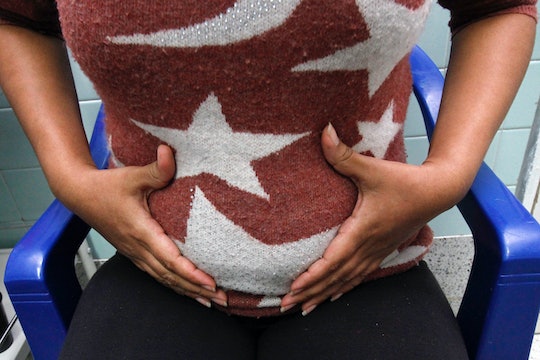 How You Can Help Women In Countries With Zika Virus

Pregnant women in North and South America are worried about the spreading Zika virus, an infection carried by mosquitos that has been associated with a rising number of babies born with severe birth defects. Sadly, there is no cure or vaccine for Zika, which could leave many feeling helpless to stop the spread of infection. But, there are ways to help women in Zika affected countries, from supporting organizations helping to improve access to family planning resources to raising awareness about some of the political barriers to getting safe, legal abortions in countries where the disease is spreading. For those who would like to help curb the threat of Zika in Latin American countries, here are a few ideas to help you get started.

In countries where the Zika virus is spreading, health officials are urging women to avoid pregnancy after thousands of babies were born with severe birth defects linked to the Zika virus. But herein lies one of the worst, most dangerous ironies of the Zika outbreak: few women will be able to take health officials' advice, as the countries with Zika are those least likely to have adequate reproductive education, family planning, and abortion services, according to Slate magazine.

As awareness grows about the Zika virus and the danger it poses to pregnant women and their newborn babies, Brazilian officials have become concerned that early diagnosis will lead to a rise in Brazilian women seeking illegal abortions, according to BBC News. So, as public health officials are scrambling for solutions to the Zika crisis — including fast-tracking vaccine research and interrupting the breeding cycles of mosquitoes known to transmit the Zika virus — family planning awareness and education will take on a critical role.

Here are some ways people can help women in regions where Zika poses a danger.

Some of the countries battling a Zika epidemic have the most restrictive policies when it comes to birth control and abortion. Slate reported that in Brazil, where abortion is illegal except in cases of rape, more than 1 million women each year turn to illegal, unsafe methods to end a pregnancy. In El Salvador, where there are no exceptions to the abortion ban, women and their doctors can get up to 40 years in prison for attempting an abortion, according to Slate.

Organizations like Catholics for Choice are working to change reproductive health policies in Latin America and the Caribbean. CFC director Rosa Hernandez told Broadly why sexual and reproductive rights play such a critical role in curbing Zika:

How are we going to prevent pregnancies of these girls... [if] there are no emergency contraceptive pills available at health units after someone is raped? Abortion would be the solution but [it] is fully penalised. Asking only women not to become pregnant is irresponsible when all these factors exist. It is absurd; women have the right to decide what to do.

Give Time To U.S. Organizations Concerned With Global Reproductive Rights

Even if donating money isn’t an option, you can still help to improve access to family planning and reproductive health services in Latin American countries. There are a number of organizations in the U.S. in need of volunteers and materials — and volunteers may not ever have to leave their homes to help. For example, the United Nations uses online volunteers to organize projects and communications campaigns for thousands of grassroots organizations worldwide. You can find out more on the United Nations website.

Give To Charities That Provide Mosquito Nets And Insect Protection

The Centers for Disease Control has urged travelers to use extra protection against mosquitoes when visiting Zika hot zones. But some people living in those countries may not be able to afford adequate protection for themselves. Global humanitarian agency UNICEF delivers more than 26 million insecticide-treated bed nets to people in 35 countries around the world, according to its website. Each net is ready to use and requires no additional treatment for its lifespan, which makes it a durable donation to help stop the spread of malaria, yellow fever, and other mosquito-borne illnesses. UNICEF accepts donations online through the organization’s website.

Finding an effective vaccine, testing women who have been exposed to the virus, and providing health services to pregnant women in Zika hot zones will take a significant amount of money. Adding your voice to others calling for more family planning resources for women to stop the spread of Zika could be one of the most crucial ways to help fight Zika's effects on women and their potential children. You can help by following organizations like @Catholic4Choice, @RHRealityCheck, and @CDCGlobal to get the latest news on Zika eradication and family planning efforts.