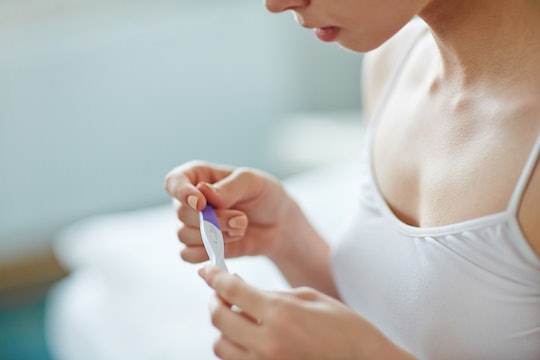 Your Past Drug Use Could Keep You From Conceiving

The ways drug abuse can affect a person's family, employment, and health are all well documented. But how does past drug abuse affect your fertility in general? If you've stopped using and want to start a new family, there may be complications.

Keep in mind that this is only a brief overview of potential complications from drug use. The type of drug you used, as well the length of time you used it, can all affect your own reproductive health. Nothing can replace the advice of a trusted medical professional, so don't hesitate to talk to a doctor if you have any questions about your fertility.

According to the Turnbridge Addiction Treatment Program, drugs like cocaine and methamphetamine — also known as stimulants — are among the drugs most commonly abused by women. Unfortunately, abusing these drugs could have a negative effect on a woman's ability to conceive. For instance, cocaine may make it difficult to ovulate, which can lead to problems with conception, according to the National Health Service. Using meth can disrupt the menstrual cycle, making it more difficult to predict ovulation, as noted by the Promises Scottsdale addiction treatment center. Similarly, Adderall can cause irregular menstrual periods, according to AddictionBlog.org. Overall, stimulant abuse can make regular ovulation and menstrual cycles, both of which are used for tracking fertility, more difficult to predict.

There are also drugs typically known as depressants, such as tranquilizers, benzodiazepines, and opiates, which can affect female fertility. For instance, taking tranquilizers can mess with a woman's ovulation, according to Baby Center. Benzos, such as Xanax, can lead to irregular periods and even the absence of a period, according to AddictionBlog.org, and opiate abuse can cause hypogonadism, or the loss of menstruation, according to Amethyst Recovery Center. Overall, past drug abuse may adversely affect a woman's reproductive system, making conception more tricky. Don't hesitate to reach out for medical help if you're concerned about a past addiction hurting your current ability to conceive.