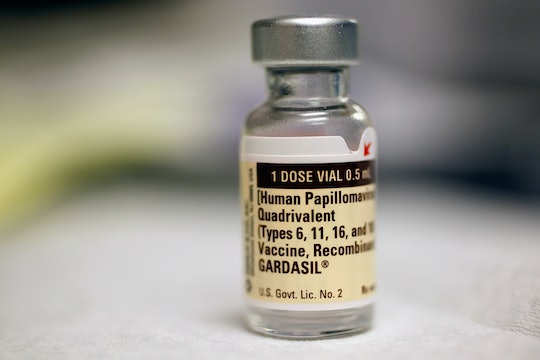 Human Papillomavirus, or HPV, is so common in the United States that nearly all sexually active men and women will get it at some point in their lives, according to the Centers for Disease Control and Prevention. It is the most common sexually transmitted disease in the US — but there is no known treatment for the infection itself. But, the good news is, recent experiments have found that HPV infections might be treatable with cancer drugs, which means that people could be one step closer to getting the treatment for HPV that they deserve.

Research conducted at the University of Alabama at Birmingham has researchers thinking that there might finally be a treatment for HPV, according to Science Daily. Researchers at the university conducted a series of tests where they found that certain drugs meant for treating cancer, like verinostat and belinostat, which is used to treat T-cell lymphoma, could possibly stop the transmission of HPV and the production of the infection inside of people. Researchers also found that panobinostat, a drug used to treat multiple myeloma, could also be used to fight the infection.

The researchers were basically able to conclude that their experiments provided "promising" results for treating benign HPV infections, and for "interrupting infectious transmission."

While this is major progress towards finding a treatment for HPV, more tests do need to be done, first, according to Science Daily, to ensure that these drugs are useful in treating HPV. After all, this research conducted was only preclinical experiments, according to Science Daily — but it's still amazing progress, especially since most people might not know that HPV isn't something that can be treated.

HPV itself can't be treated, according to the CDC, but there are treatments for the health problems that HPV creates — like genital warts or cervical pre-cancer, which can be detected early through a pap smear. And of course, there are vaccines that protect against HPV, and can stop women from getting two different types of HPV that causes 70 percent of cervical cancer cases. But, these vaccines are recommended for young girls to get before they become sexually active, since it can't treat existing HPV infection.

The facts about HPV seem pretty harsh and they should seem that way — the infection is so common that women need to know the facts about it. But, women shouldn't panic if they find out that they do have HPV — according to Self, the body can do "incredible things," including getting rid of HPV. Board-certified OB-GYN Antonio Pizarro told Self in 2016:

The vast majority of people with HPV get rid of the virus naturally. It is not lethal unless it causes untreatable cancer and it's very likely to simply go away on its own.

So, there could be some cases where treatment for HPV might not even be necessary, especially since there are 100 different types of HPV, according to Self.

But, it's impossible to predict what an HPV infection will do to any person's body, according to the Foundation for Women's Cancer. This is why it is so important for women to consult with their doctors to know what to do about their HPV. But, at the same time, it is assuring and doesn't hurt to know that the infection could clear up on its own.

But this should not take away from the fact that new research has found that HPV infections could be treatable, which could help so many people out there. It's the first step and it's a major one.