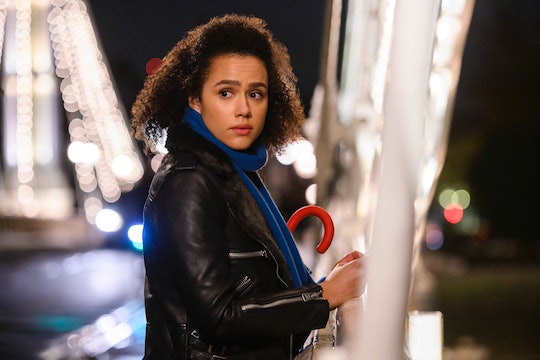 If you know anything about Mindy Kaling's artistic vision, it's that she loves rom-coms. Like, really, really loves them. And this summer, she got the opportunity to adapt one of the genre's classics for a Hulu series with some very 2019 overhauls. For starters, Hulu's Four Weddings and a Funeral cast is super racially diverse; in fact, Kaling opted to nix the idea of a "floppy-haired British guy" from the story altogether.

"Hugh Grant at that age, with floppy hair, looking like that, is so iconic to romantic comedies, for his own career. There’s other ways of being really sexy that you see in the show, and new ways to be iconic, and we didn’t want to have that guy," she explained at the Television Critics Association summer 2019 press tour, according to the Pittsburgh Post Gazette. "We don’t want unfavorable comparisons and the original did it so well. And, it makes room for a lot of other really fascinating, funny characters."

The series still takes place in London, and it's still heavy on American ex-pats. But the ensemble cast looks much different than the lily white 1994 original. (Though Andi MacDowell does score a cameo appearance in the Hulu series as Ainsley's mother.) Here's more on who's involved in the remake, and where you might have seen them before.