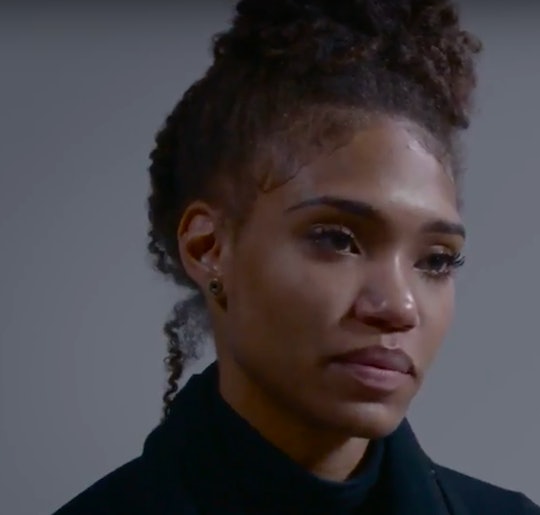 #HurtBae Tweets For Your Aching Soul

It was the perfect viral video to elicit unending online sympathy for a beautiful, poised woman and to spawn a million memes. And the devious folks over at The Scene released the harrowing footage of the conversation between the Kourtney Jorge, whom the internet would soon lovingly dub #HurtBae, and her stinking, cheating ex-boyfriend onValentine's Day, no less. As tough as it was to watch, the real reason that the #HurtBae video really took off is because of how relatable it is. And while Jorge's total apparent devastation makes you wish for that not to be true, Hurt Bae tweets show just how many people really do empathize with her story.

There is no escape from Hurt Bae's pain and her ex's apparent indifference though the entire nearly seven minutes of their conversation. Sitting across from one another in the now-viral video, they reflect on how they met in college and she didn't like him at first. How they eventually became best friends. And also: The fact that he doesn't know how many times he cheated on her because he "wasn't counting." Her having to get up and leave when he says that. Her eventually saying she's forgiven him because he is her "best friend."

It's all pretty heartbreaking, and we don't even know these people.

But even though those with the strongest reactions to the video don't know Kourtney Jorge, aka #HurtBae, they are outraged for her nonetheless — and many understand exactly where she's coming from.

Many of Jorge's defenders themselves recalled looking into the cold, dead eyes of the person who had caused their pain, and acknowledged that they likely would not have had the calm and gracious demeanor Jorge presented in the video — at all...

... Because the ex admitted to some indefensible offenses, like telling her to leave the room when she walked in on him with someone else. Get your Kleenexes, because Jorge said she retreated after that one and cried for the rest of the night.

Yes, there is no shortage of sympathy for #HurtBae's situation on Twitter.

But it seems as though there is a happy ending to the #HurtBae tearjerker after all. Even though a postscript at the end of the video informs the audience that Jorge and her cheating ex now live in different states but talk regularly, she tweeted that she's in a much better place now shortly after the video went live. "For all of those wondering, I am in a happy relationship with someone who treats me so very right," she wrote. "Thanks so much for the love! -xoxo." And she added some smiling shots of herself to drive home the point.

We can only hope that Hurt Bae never hurts like that again.