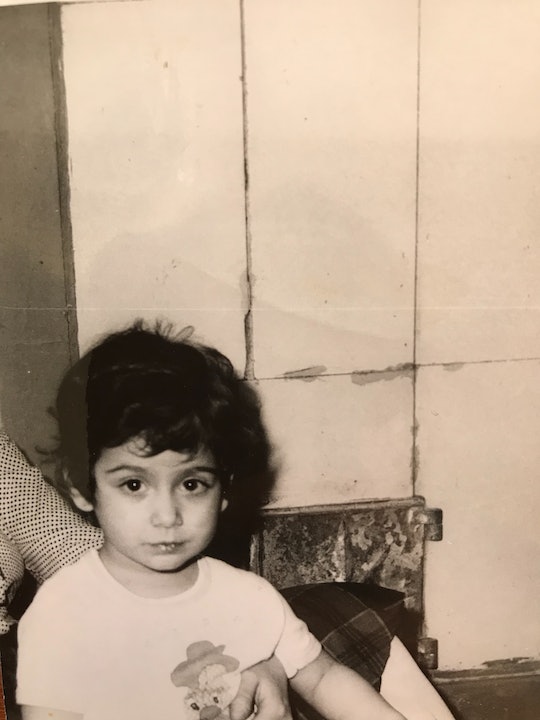 I Am A Suburban Mom, But I Was Once A Refugee

The other day, my 3-and-a-half-year-old asked me, “Mommy, do you have a middle name?”

I explained to her that, where I came from, they didn’t give middle names — only first names and last names. (I didn’t get into patronymics with her, which appeared on all official documents in the Soviet Union.) “You’re so silly, mommy,” she retorted. “You do have a middle name. I know it. It’s Asya.”

Kids are observant like that, aren’t they? They notice when your babushka (grandma in Russian) calls you "Asya," not "Jessie" like everyone else. Asya is not my middle name. It is my birth name. I changed it like I changed much about myself in an effort to Americanize.

I was a Jewish Soviet refugee who came here with an influx of “Russians,” as we were labeled, in 1989. OTB some called us — “off the boat” — even though we came by plane (and train and plane and another plane). There were roaring applause as the “boat” of Russians landed in JFK. “U-S-A, U-S-A, U-S-A.” But not so much applause in the roach and rat-infested shelter that followed. Today, I may be just another suburban mom, but watching the way we are treating asylum seekers on the southern border, I'm absolutely heartbroken.

Mine was a tough journey through tight living quarters in Austria and Italy. Then again, everything is relative — we were not on a raft, for example. Still, food was scarce at times. I can close my eyes now and see my dad grabbing boxes of overripe, discarded fruit from a grocery store as a guard dog barks and growls in alarm. I see him, my young father, in the faces of the Central American fathers that are being separated from their children at the U.S. border as we speak. The impulse to protect one's family is the most distinctive of features.

En route to America, my little brother and I had an anarchic blast at times; we also freaked out a lot. I got hit by a car at one point. My brother, not yet 3, was inconsolable at night — distraught, confused. I can hear him still in the wails of the children at the border. Except, of course, these children are being ripped away from their parents — the only stability that had remained in their young lives.

Their trauma will be irreversible. I know this for certain because even my own trauma has solidified in my bones. I would love to tell you that American kids were kind to me when I arrived. Though as my pixelated American teacher, Oprah Winfrey, has taught me, “Forgiveness is giving up the hope that the past could have been any different.”

I didn’t understand a goddamn word in school; I stifled sobs of displacement. I missed my best friend who’d kissed me on the nose before I left and then clutched her babushka in tears as my train pulled away.

Some Russian girls who’d been here longer offered to translate for the price of toys I did not have. But, I learned English so quickly. “Lemmesee” was my first phrase, which I thought was one word. “Lemmesee” I would say to everyone in regards to everything, “Lemmesee.” I yearned to take it all in — this America.

I have spent nearly three decades since then becoming American: eliminating my accent, changing my name, swapping the culture of my birth for Beverly Hills 90210 and, also, Oprah — which I watched on a dinky old television set (the kind with the knobs) that we’d procured from a Brooklyn street-corner.

I’ve lived here for nearly 29 years. I’ve been a citizen for 24. I’m married to an American. I have American children. Yet, I don’t feel very ‘American,' all of a sudden. I feel ‘other.’

I identify with ‘the other.’ My heart is with the mothers in the detention centers in Texas and Arizona. My prayers are with the children — I keep seeing my own daughters in their midst; I can make out my little refugee self in their pained faces. “There, but for the grace of God, go I,” I think.

There, but for the grace of God, go all of us.