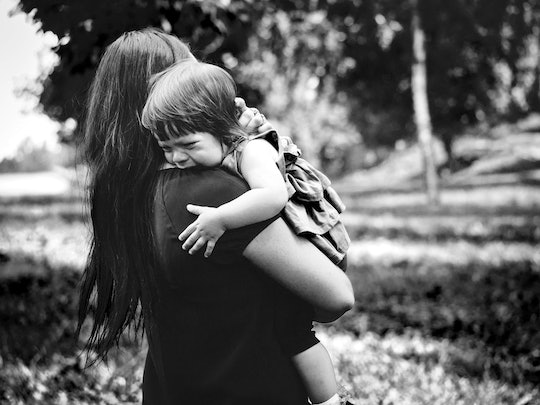 I Could Have Been Your Friend, But I Chose To Be Your Mom Instead

My daughter has a lot of qualities I wish I had. She's whip smart, independent as hell, and has a strong sense of who she is. I know I'm hard on her, but it's to (hopefully) keep her away from trouble. There are many times I could probably take it a little easier on her. Afterall, I was the oldest with a younger brother, too. But we've had a few incidents where what she needed was more guidance and direction, not less. If my daughter ever reads this, I hope you'll understand why I could've been your friend, but I chose to be your mom instead.

Along with those aforementioned amazing qualities comes a girl determined to do things on her own, a certain way, no matter what. This, of course, just can't work. She's almost 11 years old — not a child, but not yet a woman — and as experience has proven, she's not ready to make some decisions on her own (and why would she be at 10?). Unfortunately, that fierce determination to do whatever she wants creates a lot more friction than need be, and a few times, puts more of a divider between us.

Over recent years, we had many incidents — mostly revolving around technology, her right to use it, and infringement of the rules we have set regarding technology — but even still, she continues to do her own thing. It makes me both proud and infuriated all at once because, while I'm happy to know she'll be able to fend for herself once on her own, I'd rather she didn't try to fend for herself on my turf (so often). During the times you test me, dear daughter of mine, here are just a few of the reasons I choose to be your mom instead of your friend.