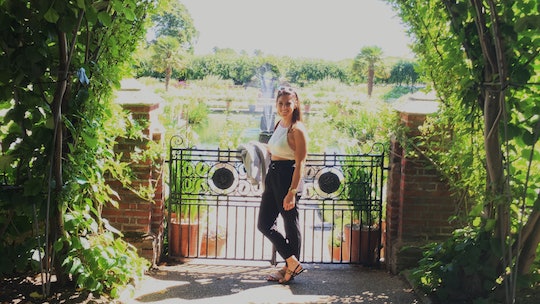 I Did Everything Right, But I'm Not Pregnant

Alyssa experienced a miscarriage during her first pregnancy, and she and her husband are still trying. This is the fifth installment of her Trying diary. You can read the previous entry here.

I’ve spent more than $50 on pregnancy tests in the last four days. Even now, typing and reading that, it seems absurd. All those beautiful daydreams of riding the wave, enjoying (and trusting) the process? All gone. Friends had advised me not to take a test until I missed my period. Considering that I’m trying everything humanly possible to conceive — my elevated hormone levels are rendering me hyper-sensitive, to boot — I don’t see how that’s possible. The result? Two tests a day, praying for a positive.

I am convinced I see a second pink line forming. I wanted to bet on it. I go to sleep begging for a sign — something more visible — in the morning. Instead? Who comes to visit but our least favorite relative, Aunt Flo. I stare in the toilet, emotionless, nearly an out-of-body experience. I shower, dress, and prepare for work in a lethargic haze, unwilling to face the reality at the moment.

Blissfully, the work hours pass quickly thanks to an all-day event. My indifference shifts when I feel a mix of horrendous cramps and, if I’m being frank, pangs of guilt. Where did the guilt come from, you ask? Oh, just for dragging my husband along on this emotional rollercoaster. I text him, apologizing for an earlier spat; a day earlier, I told him I’d be "surprised if I wasn’t pregnant," my mind playing tricks on me. His response comes quickly:

Don’t ever apologize, that’s what I’m here for. The good, the bad, and the ugly and always as your support system.

I lucked out, huh?

I lose it. I leave the event and break down in my car, sobbing uncontrollably. How did I find and marry the most even-keeled, positive man on Earth? I’m at the complete opposite end of the spectrum and, as you can probably imagine, become a straight-up psycho throughout this whole ordeal. (I know, I know. Stress is bad for childbearing. Give me a break.)

As the physical carrier of the child, I feel it’s my responsibility alone to make him a father, a mission that I’m failing at miserably.

There’s something to be said about that whole yin-and-yang thing. My husband often exudes my exact opposite attributes and, at times, I can’t help but feel like I’m continually letting him down. This is out of our control, this whole thing, but as the physical carrier of the child, I feel it’s my responsibility alone to make him a father, a mission that I’m failing at miserably. You can call me a bad feminist, that’s fine. It’s how I feel.

Remember that final in college you crammed for, studying weeks straight instead of your usual day or two? Maybe you sought help from your TA instead of thinking you had it all down. Maybe you got a good night’s sleep, instead of pulling an all-nighter. Maybe you showed up early for a change... imagine failing that. Imagine doing worse on something so important that you prepared and prepared for. Now multiply that disappointment by, oh, I don’t know, infinity?

My husband’s excitement about the first pregnancy was palpable. It floated in the air around us, electric and alive. He said he wanted a girl; he started buying things for the nursery. I’d give anything to see that elation from him a second time.

Buckle up, folks: Getting my period in college was exciting. A natural monthly cycle. All of those times I tried to prevent pregnancy: condoms, birth control, plan B. Instead of hating her arrival, I prayed to see Aunt Flo. Her arrival meant I could breathe easy, that I’d been careful enough.

Now I just want her to go away. Maybe send a Christmas card now and then.

My period feels like punishment and renders the everyday fight to conceive masochistic. Not to mention, it’s exhausting. We do everything right, and still... to no avail. My husband sees it in my face, my body language. The letdowns are harder to swallow with each mounting attempt. “Disappointment” fails to encapsulate the emotion, doesn’t even scratch the surface of my sorrow.

There’s no 'walk a mile in her shoes' when it comes to miscarriage.

I dial a close friend and new mom who had fertility struggles of her own. I tell her I’m unable to go back to work and she — what a godsend — meets me for a glass of wine. (Discount therapy? ~wine~ not?) I sit alone at the bar, waiting for her arrival, tears shamelessly streaming down my cheeks. When I was living in New York, seeing someone openly weeping in public was commonplace; it was like creeps on the subway — it just was sort of there.

Let’s just say that people in Columbus keep it a little more bottled up.

The waitress approaches me, like a safari guide to a tiger, gingerly asking for my order. Not giving a damn is liberating, I’ll admit it. Not to mention, I’m at the end of a two-week wait that didn’t result in a pregnancy. I’m not feeling strong and my hormones are at an all-time high. Thanks, Aunt Flo.

No matter how many people tell you miscarriage is normal, or that they’ve gone through it, it will never make you feel any better. There’s no “walk a mile in her shoes” when it comes to miscarriage. Sure, it’s great to know you aren’t alone — that’s what this is all about, isn’t it? — but empathy can’t bandage these wounds. At the end of the day, you can’t do something that society assumes all women can. You’re not incomplete, but there’s that little voice in the back of your head.

More Like This
Infertility As A Stepmom Means Double The Alienation, But So Much Love
Adult Gymnastics Brought Me Back To Myself
This Mother’s Day, What I Hope For Is Resilience
Raising Us Maybe Wrecked Her Career, But My Mom Is Thriving In Her Second Act