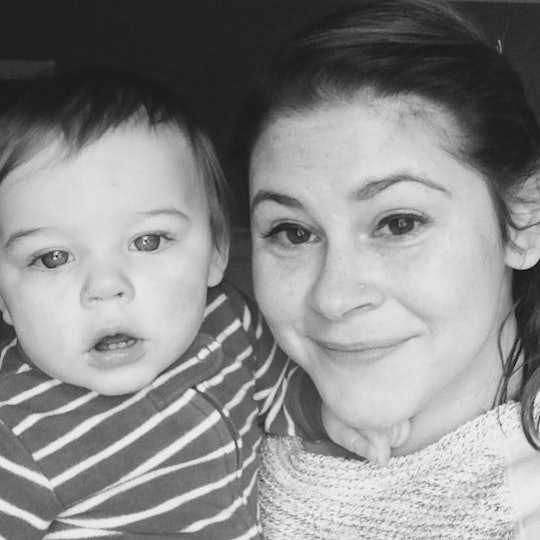 My In-Laws Shamed Me For Not Circumcising My Kid

I found out the sex of my baby shortly after my 20-week doctor's appointment, while I was driving back from the office. The nurse called to tell me the news. At first, I tried to tell her that I would call back later when my husband and I were together, but I ended up practically yelling, "Please tell me that I'm having a sweet little baby girl!"

More Like This
Um, "Rusty Pipe Syndrome" Is A Thing, & Every Breastfeeding Mom Should Know About It
5 Signs Your Baby Is Too Cold
What You Need To Know About Sunscreen For Your Baby
How Close Are We To A COVID-19 Vaccine For Children?

The nurse paused. Then she said, "Tell your husband to buy a football."

I was devastated. I'd wanted a girl so badly. So I drove to the side of the road to cry. I cried for a long time. Then I dried off my snot-covered face and drove home.

It didn't take me long to come up with the answer: if there was no medical reason to do it, there was no reason for me to circumcise him. Done. I decided I didn't want to circumcise my son, and after doing some research, my husband agreed. But not everyone in my life felt the same way.

When my son Oliver was born, I knew that we would have to make a series of decisions about his well-being. I spent a lot of time mulling over the pros and cons of many of these choices. But the question of whether to cut his penis was not one of them. I didn't believe there was enough evidence to suggest that it was healthier or cleaner for him to be circumcised, and I knew that it would hurt him. So my decision was clear-cut: no, I did not want to circumcise my son.

I'm far from the only mom to make this decision. Although non-religious male circumcision is still the norm in the United States, with 58% of boys in American hospitals receiving circumcisions, a growing number of parents are opting out of the procedure, arguing that it's cruel, unnecessary, and can potentially reduce sexual pleasure later in life.

But from the moment I told my in-laws that we weren't circumcising our son, they were vehemently opposed to it. From the moment he was born, you could see that they were practically twitching with fear that we might not actually get the procedure done. Even though we made the decision long before we walked through the hospital doors, they kept begging us and begging us to consider getting him circumcised.

But it didn't work. I wasn't ashamed. I was just annoyed. I still wanted to do exactly what I thought was best for my son, and what I was comfortable with as a new parent. I didn’t put my son in harm’s way. I didn’t do anything illegal. I made a sound decision that many people agree with, including my son’s doctor, who has two uncircumcised boys of her own.

During that fragile period right after Oliver's birth, I didn’t really have the strength to put together a slideshow for my in-laws showcasing statistics and arguments from both the pro-circumcision movement and the anti-circumcision movement. I didn’t have the strength for a hearty yelling match, or the energy to tell them it was my decision and they should butt the f*ck out. I just kept saying, in my best "I’m super pissed but I’m gonna be super calm" voice, that there is no evidence to prove that not circumcising is actually harmful. And yet, they still shook their heads and begged us to reconsider.

At the end of the day, what my boy needs isn't to be circumcised. He needs people around him who look beyond social norms and prejudices. And as his mother, I will do my best to lead him to those people and to teach him to hold strong against the naysayers.