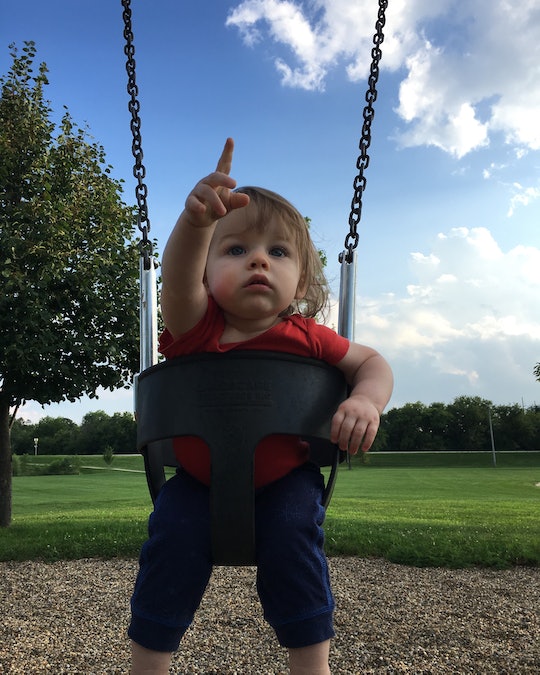 I Didn’t Do Kick Counts, & I Almost Lost My Baby

I don’t know what stage I was in my pregnancy when someone suggested that I start counting my baby's kicks. I'm pretty sure it was before my baby actually started kicking, so I didn't pay a lot of attention. A few months later, however, my doctor brought it up again, but in a fairly casual, haphazard way, in the same context as her general advice to say healthy and eat right. But that was it. She didn’t explain it to me, and she didn’t sit down and run me through the program. So I didn’t do it that often.

Little did I know that counting kicks was incredibly important — in fact, it would later prove instrumental to ensuring my baby's health. I just didn't know it at the time.

Like any neurotic pregger, I paid attention to whether my baby was active in the final trimester. I watched my stomach get beat up from the inside with awe. There wasn’t a day that went by without some movement. But at a certain point in my third trimester, when the ratio of movement should have been constant, it was declining. And I didn't notice. Around 36 weeks, my baby started punching less, but I just thought he was calming down or getting too big for the punches to be as noticeable.

As noted on the official Count the Kicks website, the American Congress of Obstetricians and Gynecologists (ACOG) recommends you begin counting the kicks at your 28th week, or at 26 weeks if you have a high-risky pregnancy or are carrying multiples. So you can get pretty deep into your pregnancy without having to put your feet up every day with a stopwatch, but at a certain point, doctors recommend that you start counting kicks to monitor your baby's movement.

At no point did I ever suspect that I was in any danger.

At the time, I didn't realize that the reduction in my baby's movement was abnormal. Luckily, on my 38thweek of pregnancy, I decided to switch doctors. (I had become unhappy with my current doctor when I found out that there was a plan to induce me that I was unaware of.) At my first appointment, the nurse suggested we do an ultrasound. The technician turned on the machine and waited. I could tell the process was taking longer than they expected. But at no point did I ever suspect that I was in any danger.

According to the ultrasound, my amniotic fluid was extremely low, and the baby was not doing so well. As it turned out, my baby was in danger. Because babies in utero depend on amniotic fluid to breathe and to cushion their movement. Low amniotic fluid levels can result in oligohydramnios, which can result in labor complications such as a rupture of the membranes or issues with the placenta.

Had I been counting my baby's kicks, I would have gotten to him even sooner. I could have eased his distress.

After a few near-crashes while I was being induced, my baby made it out alive and healthy. In the end, I had an emergency C-section. I later found out that not only was there not enough fluid for my baby to swim, but also that the cord was wrapped around his neck.

My kid is now 2 years old, and he's totally healthy. Thankfully. But I wish I had counted my baby's kicks religiously. Count the Kicks recommends that you see how long it takes for your baby to kick 10 times, just so you can detect a pattern with their movement. Counting my baby's kicks would have been an easy way for me to have known what the hell was going on in there.

I’m not going to beat myself up about the past. I listened to a voice that told me to switch doctors, which led to me getting an ultrasound, which led to the doctor discovering my amniotic fluid levels were low, which led to my baby’s safe birth. But had I been counting kicks, I would have gotten to him even sooner. I could have eased his distress. I can't really tell him I'm sorry, but I can tell every pregnant friend I have to count kicks. It’s an easy way to check in on your baby long before you can hear them cry.