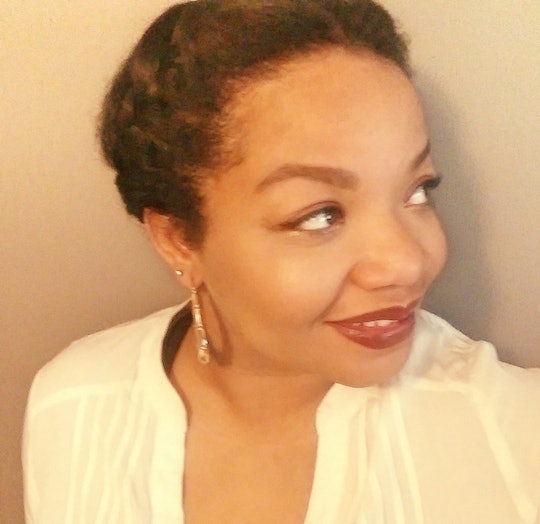 I Didn't Have Sex Throughout My Entire Pregnancy

During the first year and a half of my marriage, my husband and I had a lot of sex. That's partially because we were still in the honeymoon stage, but there was also another reason: I had been diagnosed with endometriosis, a condition where tissue grows outside of your uterus. Because endometriosis has been linked to fertility issues in some women, my husband and I were trying to get pregnant ASAP.

Unlike many women with endometriosis, I didn’t experience pain and cramps during sex. We were good to go, so go we did. After much ovulation tracking and countless sessions of both scheduled and spontaneous sex, I became pregnant.

For the first week after we saw the result of the overpriced digital pregnancy test, we were ecstatic. We headed to our first OB/GYN appointment and went through the gamut of questions. “How do you feel?” my doctor asked. “I feel great!” I said. We left the appointment holding hands and practically skipped through the parking lot back to my car. I saw nothing ahead of me but a blissful pregnancy.

I was truly thrilled. After the stress and emotional roller-coaster of trying to conceive, this was supposed to be the silver lining. This was the part in the movie where we skip to the romantic, pregnant-together montage set to an upbeat pop song. This was not the movie. Instead, the movie became about my miserable pregnancy and how, unlike the lead-up to my getting pregnant, we didn't have sex the entire time.

Days after my first doctor's appointment, I woke up with debilitating nausea . The smell of food disgusted me. Most of all, the smell of my husband became intolerable. His cologne, his deodorant, and his natural odor now made me physically ill. Any attempts at intimacy ended with me dry-heaving my way to the toilet.

The nausea progressed into full blown, non-stop vomiting that lasted well into my pregnancy. I struggled to keep food and even water down. I was dehydrated, and my energy was completely zapped. I was diagnosed with hyperemesis gravidarum, a.k.a. extreme morning sickness, about a month later. Needless to say, there was no sex occurring during this time.

I felt like I was host to a parasite that was determined to suck the life out of me.

In the middle of my second trimester, I was admitted twice for severe dehydration. Because I couldn't keep food or water down, I had to go to the chemotherapy and infusion center at the hospital, where I received my nutrients through an IV. It was part of my daily routine: hover over the toilet in the morning and empty whatever acid was left in my stomach, drive with my spit cup in a cup holder and puke bag in hand to the clinic, get my “meal” and medication via IV, and return home to dry-heave in bed between naps and trips to the toilet.

I felt like I was host to a parasite that was determined to suck the life out of me. I couldn’t let my husband touch me, not while I was so sick and weak and undesirable. For his part, my husband had no idea what to do to help me. Sex was no longer on my radar, and the pats he gave me on the back as I vomited was the only form of physical intimacy we had.

When I was 20 weeks pregnant, abstinence suddenly became less of a choice and more of a medical necessity. I was diagnosed with a short cervix, which means the opening to my uterus shortened and dilated gradually and early on in the pregnancy, which can lead to miscarriage and premature birth. My cervix started dilating much too soon, and my doctor prescribed pelvic rest to avoid going into preterm labor. That meant I couldn't exercise, walk, or as my doctor put it, "introduce anything into the vagina." In other words, no sex.

I needed to make it to at least 24 weeks, the doctor said, to give the baby the best chance at survival. Every day, my one and only focus became making it to the next milestone. Fortunately, we survived the pregnancy. At 34 weeks, my water broke and I went into labor.

I felt betrayed by my body. I had to relearn how to trust my body and nurture my instincts, so I could feel in control of myself again.

After delivery, I could suddenly eat and smell without retching. My body was mine again. I had been on hiatus for so long that I had forgotten what it was like to make physical intimacy a priority. It wasn’t like riding a bike. I couldn’t just get back on. From the endometriosis to the hyperemesis gravidarum and the short cervix, I had felt betrayed by my body. I had to relearn how to trust my body and nurture my instincts, so I could feel in control of myself again. Slowly but surely, I was able to trust my body and feel less like a vessel and more like a woman.

My husband and I never went back to the honeymoon phase. Instead, we started a new phase of our marriage where sex is about reconnecting, not being unable to keep our hands to ourselves. For us, sex is now about nurturing our relationship and giving each other the attention we had abstained from giving each other during pregnancy.