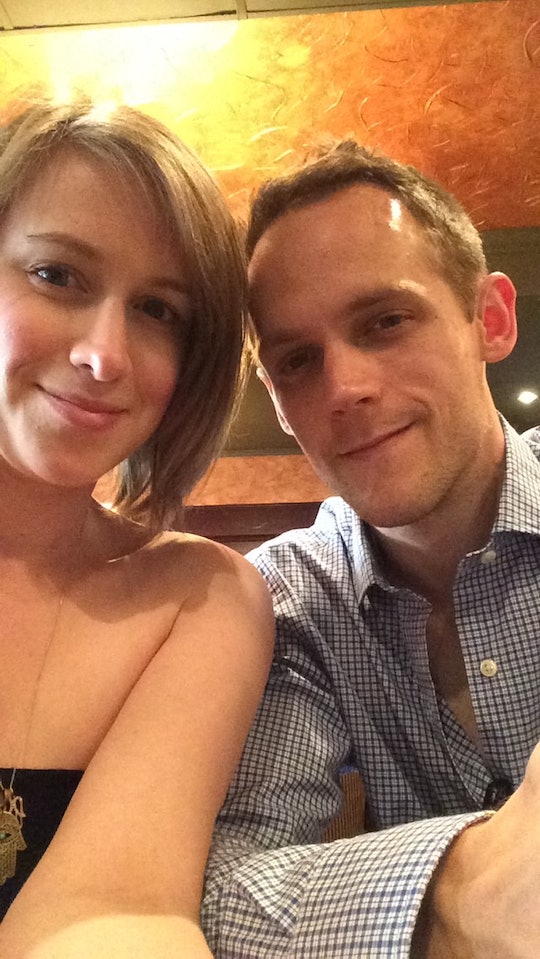 When I was growing up, I assumed that all women loved housework and chores. Because I spent my childhood watching Snow White happily clean the dwarves' hovel and Cinderella sing and dance while sweeping up with her mice friends, it wasn't such a big leap for my 10-year-old brain to make. Now that I am an adult, of course, I realize that housework is not a job reserved for women, and that there are a lot of women who really hate doing it (and, it's worth noting, a lot of men who enjoy doing it).

Yet despite my feminist tendencies, I still manage to feel guilty about the fact that while my partner goes to work every day outside our home, my job inside our home doesn't include the bulk of the housework, because we tend to split it up equally. I still can't get over the idea that I should be doing more to be a "good wife" and to contribute fairly to our home.

So for just one week, I decided to do the bulk of the housework: the cooking, the cleaning, and the laundry, or the so-called "pink" jobs. I asked my partner to do the "blue" jobs like taking out the trash, unblocking plumbing, or yard work, so that we could divide our household chores into traditional gender roles for a week.

First, I spoke to friends who have divided their household jobs according to gender, and they told me what they consider to be traditionally "male" and "female" chores. Based on what they told me, I quickly realized that I was going to be doing the bulk of the work: I would be responsible for cleaning the house, cooking, dishes, laundry, and grocery shopping.

My partner would be responsible for doing things like yard work or general home improvements, but because we rent our house, most of these projects are already taken care of by our landlord. That left him with only taking out the garbage and recycling. So I found myself having to make stuff up for partner, like hanging our university degrees and cleaning out the car.

Most of the time, my partner and I split the child-rearing equally, but because child-rearing has traditionally been considered a woman's role, we discussed whether I should, for the sake of the experiment, take it on myself for the next week. We ended up deciding against that for one reason: my partner deserves to be able to spend time actively parenting his daughter, and my daughter doesn't deserve to have her routine upended in the name of keeping our little experiment authentic.

With the terms decided, we began our week of gendered labor.

On the first day, I decided that after dropping my daughter off at daycare, I would clean the whole house, from top to bottom. What happened next can only be described as a fugue state of cleaning. When I regained consciousness, my back hurt, the skin on my hands was dry and cracked, and my entire house was spotless and all the laundry was done. Everything was clean, dry, folded, and put away. I felt like a queen — but it took me all day to finish.

It took so long to clean the house that I only had about an hour before I had to pick my daughter up from daycare, which meant I had to fit any and all writing or schoolwork I had to do for that day into that hour, or wait until after 8 p.m., after she was in bed. Plus, I still had to make dinner and clean up from dinner. Needless to say, when I fell into bed that night, I was exhausted.

When I sat down to get started on some work, I kept asking myself, "Should I be doing more? Should I be preparing dinner? Getting a head start on tomorrow?"

At the end of the day, I ended up doing one of my partner's jobs for him. I took out all the garbage and recycling — because what was I gonna do, clean everything else, but leave an overflowing stinky garbage for him once he got home? It just seemed easier to do it myself.

Doing the big clean-up the day before turned out to have been a great idea, because it made doing any other cleaning so much easier. Also, just because I cleaned the day before didn't mean that everything would stay spick and span — after all, I have a toddler, and she could give Hoover a run for their money with the way she rolls around, picking crap from off the floor.

Even though I knew my partner would appreciate the work I'd done the day before, and that he wouldn't care if the house was squeaky clean again, when I sat down to get started on some work, I kept asking myself, "Should I be doing more? Should I be preparing dinner? Getting a head start on tomorrow?" These feelings made the whole day a little more stressful, like I was on a time crunch. For the first time, I felt selfish for putting my own needs first.

At this point, I had established a daily cleaning routine: sweep, vacuum, dishes, lather, rinse, repeat. While my house had probably never been cleaner than it was at that moment, the tasks were mind-numbingly boring. Also, my partner hadn't done any of his assigned "blue" jobs yet. Not that I was keeping track or anything.

The hardest part of this experiment was trying to get my partner to stop doing "pink" jobs! It felt like cheating when I walked into the kitchen and saw all the dishes stacked in the drying rack and felt relief at knowing that, at least, I wouldn't have to do them. Which then made me feel kind of guilty about not pulling my weight again. Still, I kept asking, "What more can I do? Should I cook better meals?" I think the pressure was starting to get to me.

Today, my partner asked if he could give me some feedback on this experiment. Thinking he was going to critique my housework, I told him to go ahead, albeit with gritted teeth. (Seriously, dude?). It turned out, however, that he was concerned I was doing way too much work, and that he felt like a bystander in his own home as he sat on the couch while I cleaned up after a dinner that I made him, or vacuumed, or swept, or cleaned mirrors, etc.

I don't want my partner to speak for his entire gender, but I do feel that he isn't alone in being a man who wants to contribute to his household, just as much as women are told they should contribute to their households. I think he takes just as much pride from a clean house, a well-cooked meal, or an empty laundry basket as I do. Having this conversation with him just cemented my belief that generally speaking, dividing household roles according to gender is bulls**t. (I did wonder, however, why he hadn't fulfilled any of his blue chores yet.)

By the second to last day, I was so looking forward to this being over. I felt like all I did was spend time in the kitchen or fold laundry. The entire week really opened my eyes to where my priorities were. I have heard the saying that you can have a happy family, or a clean house, but not both, and for my family I think there's some truth to that. Obviously, I don't want to live in a pig sty and I don't want my kid to live in one, either. But if I could be spending my free time writing, with my partner, or with my kid, I'd choose that every time over cleaning a toilet.

To celebrate the end of this long, exhausting week, I didn't cook. Instead, we ordered Chinese food and I drank a glass of wine. And then I cleaned it all up when we were done, because I am nothing if not committed.

My partner and I used to attend a weekly yoga class. At some point during the class, the instructor would always say, "Inertia breeds inertia": In other words, doing nothing makes more nothing. But the opposite is also true in that doing something makes more something. And that's one of the positives that I can take out of this experience. I felt motivated all day. I felt like doing more and going the extra mile all the time, just because I already was. Unfortunately, what I mostly felt motivated to do was more housework, and I ended up sacrificing my own writing or school work as a result.

By the end of the week, I felt like I had been doing what essentially amounted to unpaid labor.

I also realized that by the end of this experiment, I was overwhelmed by feelings of resentment toward my partner. I knew how ridiculous it was to resent him when I had volunteered myself for this experiment, and he'd been nothing but wonderfully helpful and supportive. But making sure the house was spotless (OK, spotless-ish), cooking my family's meals, cleaning their clothes, and prioritizing all of that over my own work and my own self made me feel like I was doing working for my family. By the end of this week, I felt like I was doing what essentially amounted to unpaid labor. That didn't feel good, because I didn't want there to be checks and balances in my marriage or my family.

This week solidified for me that an even division of labor — not based on gender, but on who has the time, energy, and desire to perform certain tasks — works for us. We do these annoying, boring tasks for our family, each other, and ourselves because that's how our relationship works. And — you know — for basic cleanliness.

Oh, and other than taking out some more trash, my partner still hasn't completed any of his assigned "blue" jobs. But he lets me write about him on the Internet, so I guess I'll let it slide.

More Like This
The 4 Main Parenting Styles & Which Is Best For Kids
11 Signs Your In-Laws Don’t Like You
Festive Mommy & Me Holiday Nail Ideas To Try
The “Tripledemic” Is Scary, But I Feel Less Helpless When I Wear A Mask