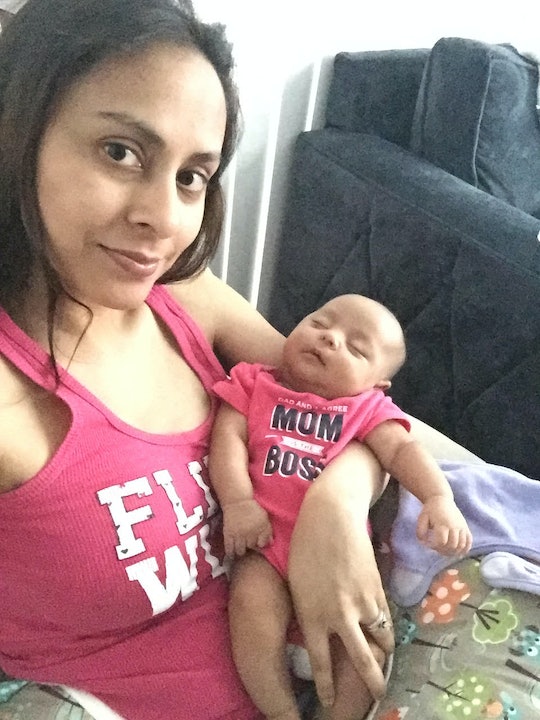 I Drank Gatorade To Increase My Milk Supply

Everyone says that increasing your milk supply is all about supply and demand: the more you breastfeed or pump, the more milk you can produce for your baby. But that's not always the case. In fact, it can be a real struggle to produce enough milk to keep up with your baby.

My daughter wouldn't latch, so I ended up exclusively pumping breast milk for her for a year. I was told that if I stuck to a regular pumping schedule, nature would provide just the right amount of milk for my baby. Yet I struggled to keep up with her growing appetite. I tried everything to increase my supply: supplements, teas, lactation cookies and smoothies. But there was only one thing that seemed to work. That's why I drank a ton of Gatorade to increase my milk supply.

Exclusive pumping is tricky: it takes a lot of discipline to stick to a schedule, and it's also incredibly time-consuming. During the first few months of my daughter's life, I was pumping for 15-20 minutes every two hours like clockwork to mimic breastfeeding, but I was barely getting 1-2 ounces each session. I felt like I was pumping my life away and getting no results.

At first, I tried mother's milk tea. It was expensive and tasted gross, and I felt like I had to drink an entire ocean's worth to see any results. I did some research and came across a few blogs and online groups, where women posted tips for increasing their supply. Some of these tips, like power-pumping, or pumping on and off for an hour, were time-consuming. Others, like vitamins, shakes, and lactation cookies, were expensive. And even if I made them myself, who has time with a newborn in tow to bake lactation cookies or make lactation smoothies?

I am not exaggerating when I say that I saw an immediate increase in my supply.

Eventually, someone in one of my online mommy groups mentioned that Gatorade helped boost her supply. At first, I was skeptical. Really? Gatorade? I mean, I knew it was important to stay hydrated while breastfeeding, but I never thought that a sports drink was the trick to doing that. Still, I figured it was worth a shot. After all, I was already drinking so much water that I thought I would drown, and Gatorade was cheap and easy to find at a drugstore. I was willing to try just about anything.

I headed to the grocery store and bought a few bottles of red and blue Gatorade. I drank two cups and two hours later I pumped for my normal 15-20 mins. I am not exaggerating when I say that I saw an immediate increase in my supply. I produced 2 ounces more than I usually would have. In fact, for the first time, I actually produced more milk than my daughter needed. The same thing happened during my next pumping session.

I just know what worked for me, and Gatorade was cheaper and more effective than any mother's milk tea or supplement on the market.

Over the next few days, I drank about two cups of Gatorade a day. (The blue Gatorade seemed to work better for me, and a lot of women in the online forums agreed.) I started producing up to 6 more ounces of milk per day. It was so much easier than choking down mother's milk tea or drinking gallons and gallons of water.

Of course, it's important to note that I don't have any scientific evidence to support my theory that Gatorade was responsible for the boost in my milk supply. There doesn't seem to be a ton of research on the relationship between Gatorade and milk supply (or on galactagogues in general, for that matter), though some moms theorize it has to do with the electrolytes in the drink that keep you hydrated. I just know what worked for me, and Gatorade was cheaper and more effective than any mother's milk tea or supplement on the market.

Gatorade was both affordable and accessible, and it didn't hurt that I preferred drinking it to water and tea, either. Eventually, I was making way more milk than my daughter was eating, and I was even able to freeze a lot of it. And perhaps most importantly, I was able to pump less.

After about a year of exclusively pumping for my daughter, I recently quit. It wasn't easy, but I am grateful that I found a hack to increase my supply that worked for me. Without Gatorade during those difficult first few months of establishing my supply, I probably would've supplemented, or just given up altogether.