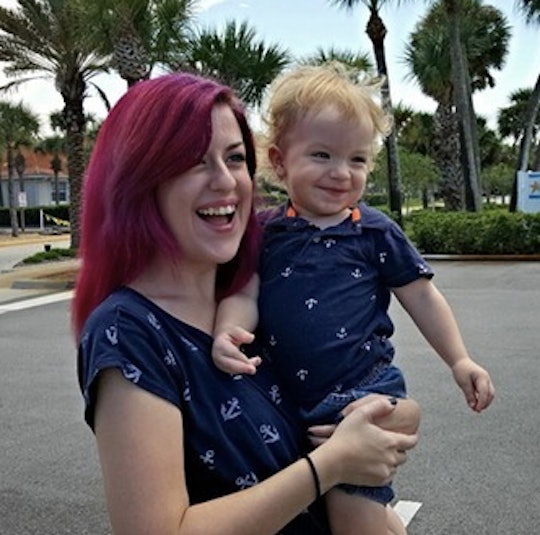 Like so many things that happen on screen, the way seizures are portrayed in film and on television bear little resemblance to what it’s like in real life. From my perspective, at least, the two are very, very different. It’s not that TV makes convulsing look cute or anything, but it’s the distinct lack of portrayal of all the messy and uncomfortable little details of the situation that irk me. In fact, more often than not, I’ve heard friends and acquaintances use seizures as a punchline or to indicate that something is really crazy or dangerous. That much is true, even if they don't realize what having a grand mal seizure is actually like is nothing to laugh about. Seizures can be extremely dangerous.

Though I try not to let my history with seizures dominate my life, it's become an undeniable part of my identity, whether I like it or not. My earliest memory (or lack thereof) of having a seizure was when I was about 6 years old. I don't recall the actual seizure itself, but I vividly remember what happened after. The kids I was on a school field trip with laughed at me and my mom tried to console me, reminding that "kids can be mean sometimes." All these years later, I've realized that adults can be just as cruel. And I've found the only difference between children and adults to be that kids will at least insult you to your face.

The inconsistency with which my seizures strike is perhaps the most devastating aspect of the way my disorder attacks my Central Nervous System (CNS). I don't have epilepsy, as most people commonly assume. I have Lupus, an autoimmune disorder, which can affect any part of a person's body. Briefly, in the average person, their immune system correctly identifies foreign bodies (like bad germs) and attacks them. In me, my immune system cannot tell the difference between my own healthy cells and foreign bodies (like viruses), so it attacks my body and leaves me even more vulnerable to infections, sickness, and other maladies. In addition to the usual issues people with autoimmune disorders face, my Lupus tends to launch an all-out assault on my CNS, which results in irregular electrical activity in my brain, in turn causing seizures. I've grown weary of retelling the same story over and over again to EMTs, ER doctors, and curious people, but it's one I'm obligated to share so that others might better understand my experiences.

When I was a child I had what are called “absentee or absence seizures” where it essentially just looked like I had zoned out. Only I wasn’t daydreaming; I was seizing. The second type of seizure was a “grand mal seizure,” which is typically the type of seizure everyone pictures when they hear the word "seizure." And I remember none of it.

Waking up in an unfamiliar location, like a hospital bed or the bathroom floor, never gets easier to comprehend no matter how many seizures I’ve had.

Though I'm lucky enough to count on only two hands the times I’ve had grand mal seizures, I can only remember anywhere from half an hour to an entire day beforehand. It takes about 15 to 30 minutes afterwards until I’m conscious and understanding of the world around me again. I’m actually grateful I never remember the seizure itself and only have the stories of my family and friends to go by. People who have been around me have said that right before I seized, I get all spacey and mumbled incoherently before keeling over and exhibiting what are surely some of my worst dance moves.

But waking up in an unfamiliar location, like a hospital bed or the bathroom floor, never gets easier to comprehend no matter how many seizures I’ve had. Yet as soon as the realization of what has just occurred sets in, I’m flooded with a barrage of emotions my fried (literally) brain is still too fragile to process. Everyone wants to talk to me and people can’t help but stare. The walls close in and the air gets thin while everything simultaneously seems too big, too unpredictable.

I’m embarrassed. My face flushes red because I don’t have words yet, but I have questions I don’t want the answer to. Who was there? Did I pee myself? Did I make weird sounds? The embarrassment gives way to anger. Tears come, but not because I’m sad. Will I ever be in control of my life? I hate feeling helpless, weak, and fragile. I’m scared. Fear squeezes my heart so tightly that I can feel it bulge at either end, jumping into my throat and sinking to the pit of my stomach. Why does this keep happening? What do I do now?

I went nearly nine years without having a grand mal seizure only to be blindsided last September.

But most of all, I’m tired. I rub my sore jaw, which was clenched, I'm told, for most of the seizure, and I wince as I readjust in the cold hospital bed because my muscles are weary and my joints are spent. I think to myself: I wonder when the bruises will show up.

The bitterness and strange guilt come later. Unlike an injury sustained from an accident or assault, there’s no one to blame. There’s no closure. Closure implies that the bad incident is over and now you have to process things to move forward. But my seizures aren’t ever truly “over.” I went nearly nine years without having a grand mal seizure only to be blindsided last September.

In the past, as much as I've hated the unpredictability of seizures, I felt fairly secure because my immediate family and close friends are, unfortunately, very well-versed and familiar with how to handle that type of situation. Someone has always been around to watch out for me. Surprisingly, though, the one person in my life you'd think would know me inside and out had never actually witnessed me have a seizure: my husband. I told him about my health issues early on in our relationship, giving him an out, in a way, because I know that being my partner is no easy task. But he what he had signed up for, and chose to stick with me, literally in sickness and in health.

When I initially broached the subject a week or so after the incident, tears welled up in his eyes and he shook his head as he held me tightly. He didn't say a word. Frankly, he didn't have to. The image of my husband holding me in such a way so that I wouldn't choke on my own tongue was all the explanation I'd needed.

Like a distant storm cloud on the beach, the threat of a seizure always lurked in the background of our good times. Yet we had been lucky. We made it through living together, getting married, and even my high-risk pregnancy without so much as a blip on the seizure radar. But all that changed in September.

I can only imagine what was going through his head as our conversation abruptly stopped, my eyes glazed over, and he caught me as I fell to the ground, stiff as a board and convulsing. The reason I say I can only imagine is because it's something he has yet to tell me about. When I initially broached the subject a week or so after the incident, tears welled up in his eyes and he shook his head as he held me tightly. He didn't say a word. Frankly, he didn't have to. The image of my husband holding me in such a way so that I wouldn't choke on my own tongue was all the explanation I'd needed.

Lately we're closer than we've ever been, cherishing our moments like never before, yet not for the reason I'd imagined. Bruises fade, scars heal, and months pass, but our relationship is forever changed because we were both confronted by the reality of my health, mortality, and our complete lack of control over the path our lives may take.

In short, seizures suck. They’re not fun, despite the way they’re used to underline a joke in a movie. They’re not resolved in an hour, even though Dr. House says otherwise. At every milestone I've reached in my life — moving, marriage, becoming a mother, landing my dream job — I've made the very conscious decision to pretend I'm Rose on the bow of the Titanic with Jack, arms stretched out wide, fearless and untouchable. I know the truth tells a much different, darker story, but I can't sit around waiting for the other shoe to drop. I am a mother. A partner. A woman with plans. A career. Dreams. So I live fully, take risks, and rarely look back.