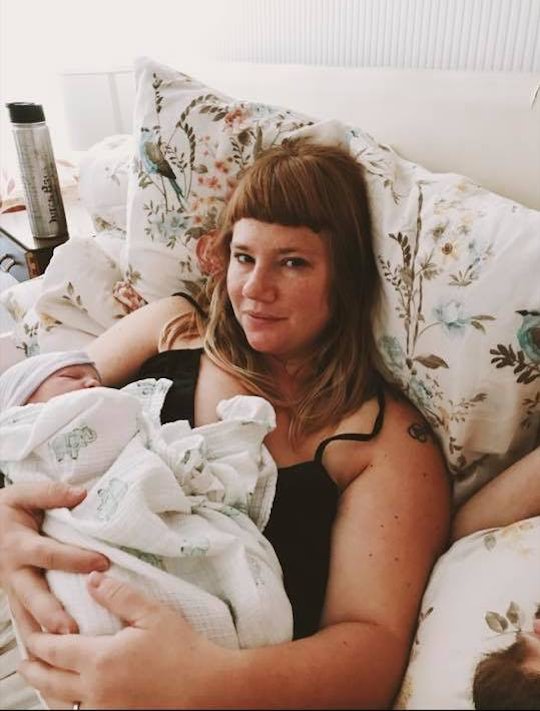 Should I Take Credit For My Amazing Birth?

But it’s all true. It went exactly according to Plan A. All my boxes ticked. That’s a miracle just as wondrous as the baby I gave birth to that amazing night.

In the days following the birth, these were the statements I heard. I was on cloud nine, birth goddess status fully set in. But at one point after the first week, I started struggling with that recognition. How many other women had I known who wanted a similar birth — did some of the same things I did, maybe read some of the same material I did — but didn’t get what they hoped for? Who am I to claim any praise for creating the perfect birthing situation? It’s childbirth for crying out loud — an event that can literally change direction at any given moment without any warning and at no fault of anyone’s. Unpredictable is pregnancy and child birth’s finest definition.

Was it really what I did or didn’t do that saw one of my deepest dreams fulfilled? Or was I just lucky?

But there I was with a flawlessly choreographed nine hour adventure from beginning to end — the midwives only there for the last two and a half hours of it — an unassisted, no pain-relief, calm birth. Like really? (OK, so I wouldn’t have planned the slight setback with the pool hose attachment not fastening to my sink that resulted in my husband and doula filling buckets to top up the birthing pool, but that was so low-key disastrous when I think of all the things that could have happened.)

Was it really what I did or didn’t do that saw one of my deepest dreams fulfilled? Or was I just lucky? It was one of the topics I discussed with my doula in our post-birth reflection a couple of weeks after as we sat in my living room, my new babe nestled and nursing in my lap. “You absolutely should own this,” she urged. “You fought for this.”

Only a few weeks earlier, I was hearing clinical voices in utter contrast to those supportive postpartum accolades. “Your baby is still breech; a home birth isn’t advisable.” My baby finally did flip at 37 weeks. I don’t really know if it was on account of performing the suggested positions I read about on Spinning Babies, or using moxibustion sticks, or the positive thoughts I fought hard to keep, or just good ol’ nature doing its thing, but the relief that came made me feel so much better about my home birth plan. A couple months before that particular complication, I had already been told, “Your birth history (previous c-section) means you’re high risk.”

I was in awe and so thankful, because I wasn’t able to experience spontaneous labor with my first child.

My dream birth wouldn’t have happened without opposition. In my early pre-natal appointments, I was met with positivity over my VBAC desire and was told I was a good VBAC candidate — but only within the recommendation of a highly-monitored, consultant-led hospital birth. Not even the midwife-led unit at my hospital was offered to me. But I wanted to listen to my body and my heart, and I felt a home birth with as little medical intervention as possible would give me the best chance to birth the way I wanted to.

In the UK where I live, if you are experiencing a straight-forward, low-risk pregnancy, you can grow and deliver your baby without ever being seen by an actual OB-GYN as the midwives are perfectly able to look after you. But even if your pregnancy is all going swimmingly but you’ve had a previous c-section (as was my case), you are immediately labeled high-risk and placed under consultant care, which means you have appointments with a doctor as well as the midwives. This is understandable as health care professionals want to cover every basis, but that’s the first unfortunate point of doubt placed on a woman’s ability to do what her body can.

I was told to reconsider my desire for a home birth this time by my doctor, to wait and have a successful VBAC in the hospital, and then go for a home birth on a third pregnancy perhaps. Even though I was and still am considering a third child, I chose to go for my dream home birth this time around anyway. And when the doctor who unfortunately tried to scare me out of a home birth by using a needlessly provocative example of what could happen if my c-section scar ruptured during labor, only a 1 in 200 women chance (she literally said, “When you come back to me with a brain damaged baby, I don’t want you to be upset.”), I discharged myself from consultant care, stuck with the midwives and my own instinct, and never looked back.

In the end, my midwife came around to my plan after the home birth assessment she conducted and my relentless declarations of my assurance in my choice. Even after all the discussion, should my baby not settle into cephalic presentation before labor, I think she knew she couldn’t deter me. I would go for that home birth until the very last moment within safe (and in my case instinctual) reason.

It’s a traditionally female habit to minimize myself and say it wasn’t something I worked for but something that just sort of fell into place.

So when my labor kicked off naturally only two days after my due date on a Saturday night (favorably bypassing the Monday morning doctor’s appointment to inevitably discuss induction), I was in awe and so thankful, because I wasn’t able to experience spontaneous labor with my first child. I wasn’t able to really call the shots. I didn’t know I could. But this time, I trusted my own body, and I made decisions based on that trust and from a place of confidence and calmness. It’s strange (is it even allowed?) for me to say that those decisions led to a beautifully timed labor and delivery, but that is my story.

The thing is it’s a traditionally female habit to minimize myself and say it wasn’t something I worked for but something that just sort of fell into place. And that’s why I gave myself permission to recognize my triumph. I don’t want to minimize myself anymore. I don’t want women to be minimized anymore. “OK,” I told my doula that afternoon in my living room holding my baby. I nodded my head and made a point to take her words to heart, and increasingly, I’ve held space for myself to take the credit I wasn’t so sure about.

I can look back and see the effort I put into learning about and practicing the hypnobirthing techniques that resonated with me. I can recall the times I was told, “You’re braver than me,” from both a midwife and a friend, even though at the time I didn’t feel like I was doing something out of the ordinary, because trusting my instincts and the birth education I pursued just became my new norm. I can remember the effort I put into informing my young daughter what would happen in our home, translating it into her language, showing her images and videos so she wouldn’t be surprised once the time came. I can clearly recollect those moments in the last few weeks that the mind battle became so real, but I chose to dig deep and overcome. I know the distinct moment in labor where I thought fear might take over, but my practiced birth affirmations came to the surface instead, powering me to go on.

I can see all these things that I put into place to curate the kind of birth I wanted. I don’t know if I’d call myself a positive birth movement or VBAC warrior, but I do know that I am a different woman (and mother) than I was before. I set out to be empowered, something I hadn’t done during my first pregnancy, and I certainly achieved that.

But I also need to be able to step back and say there was a healthy dose of blessing, luck, alignment (whatever you want to call it), because if I say it was all me then the opposite would have to be true: that a tricky birth would have been my doing as well. In many ways, as the birth of my first daughter was polar opposite to my second — induced, definitely not fully calm but charged with insecurity and fear — I can see that some parts of the outcome were in fact my fault at the end of the day due to my lack of knowledge and my lack of desire for that knowledge. But I didn’t know what I didn’t know then. My first birth led me to this one, so some attribution must go to having gone through that experience as well.

The tears of longing I cried when I watched successful, calm, home birth videos or the middle-of-the-night weeping that would happen as I listened and spoke birth affirmations over myself became the sobs of gratitude that finally spilled over and soaked my pillow three days after my daughter’s birth, the afternoon autumn sun pouring in my bedroom as I lay on my bed. That exhausted thanksgiving, that journey to euphoric acknowledgement of the symbiosis of my baby and I, that is where I ultimately place the credit: a mysterious partnership between myself and my potential.

More Like This
A C-Section Actually Doesn't Take As Long As You Think, According To Experts
Here's The Best Time To Remove Your C-Section Tape
Can The Way You Sleep Really Turn A Breech Baby?
These 4 Sleeping Positions Will Keep You Comfortable After A C-Section