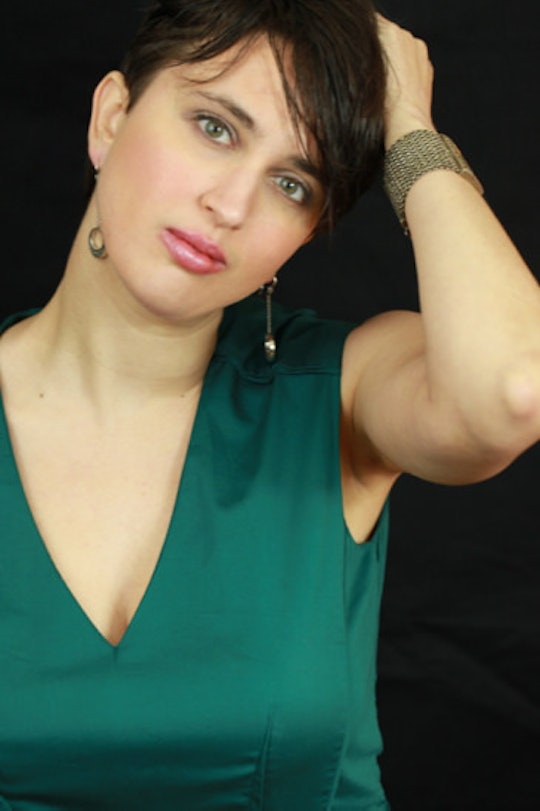 I Had A Meltdown Getting An IUD After Giving Birth

About a year after my son had been conceived, I decided that after giving birth, I needed an IUD. Condoms had come off inside me and broken, and I knew myself too well to believe I could take a pill at the same time every day. I thought that because IUDs are basically idiot-proof, and I very badly wanted to never, ever be surprise-pregnant again, I'd get one. I'd gotten knocked up while I was more broke than I'd ever been in my life, so broke I couldn't even keep my baby, so I'd placed my son for adoption with a gay couple. It was a happy ending in many ways: the adoption was (is) open, and my son and I had become part of an amazing family. But I'd also gone through the most intense grieving process of my life. I just couldn't go through that process ever again. My fertility needed to be stopped. And, just my luck: just after childbirth was a fantastic time to get a Mirena, because my cervix had just had a baby pass through it, so the insertion wouldn't hurt as much.

I was still just as broke, though. Insured, but broke; I'd defaulted on a student loan and my wages were being garnished. I called my OB-GYN's office and asked how much an IUD would be through them; the answer was $175, which I just didn't have. A friend had gotten a free IUD at Planned Parenthood, so I decided to give that a shot. I wasn't sure whether I'd be eligible with my health insurance, because different parts of their website appeared contradictory, but I thought that because of my financial situation, I might be.

My appointment (for which I had to wait about a month) began with a "financial interview" to determine whether or not I qualified for free birth control. I sat in a cramped office with a very nice woman who entered my answers into a computer as I talked. When we got to my income, she stopped. "OK, you actually make more than the cutoff for our financial aid program." "But," I said, "I'm not getting all that money, 'cause my wages are being garnished. After deductions it's only — "

"It doesn't matter," she interrupted, as kindly as she could. "Financial aid is based on the gross income, not the net."

"I got pregnant last year," I told her, "and I had to give my baby up for adoption. I've had the hardest year of my life. I can't get pregnant again. I just can't."

I took a deep breath. OK, so I'd have to pay something, but maybe it would be less than my OB's office had quoted me. "How much would it be without financial aid?" I asked, and she told me: $262 for the procedure.

Something inside me broke. No. No, no, no, I thought. Not this. Not after everything. Not after losing my son and all the calls from collection agencies and waiting a month to even get this appointment. I started to cry. "I can't afford that," I told her. And she sat there and watched me cry, unsure of what to do. "Well, at least it's less money with your regular gynecologist, right?"

"I don't have that money either, that's what I'm trying to tell you," I said through tears. She apologized and when I asked her if there was anything they could do to help me, she told me, again, that I couldn't receive financial aid because I made more than the cutoff. I just sat there, crying and crying. I remember thinking: If I just keep crying, they have to help me. But she just watched me cry. "I got pregnant last year," I told her, "and I had to give my baby up for adoption. I've had the hardest year of my life. I can't get pregnant again. I just can't."

I knew full well that paying the $175 for an IUD would cause me to overdraw my bank account, but at that point, I didn't care. I needed this. I was so jumpy about getting pregnant again that I had already taken Plan B twice in the three months since my son had been born; I couldn't have another pregnancy scare.

"I'm so sorry," she said again. I kept crying. We kept having the same conversation over and over; in retrospect, her patience with me was infinite. Eventually, she volunteered to bring in her supervisor, who was not nearly as kind and patient as she was. Her supervisor gave me a canned response and did not hide her very obvious effort to get me to leave. She could very clearly see that I'd been crying, and very clearly didn't care. My hatred for that supervisor knew no bounds, but I was too tired to fight with her. So I left the Planned Parenthood.

My friend Loren was waiting for me in his car out front, and I hopped in his front seat and screamed at the top of my lungs. I kicked the floor and called the supervisor names that you should never call another woman, ever, ever. I scream-cried my way through the whole story. Loren, fortunately, was exactly the calming presence I needed. "Man, that sucks so much. Lemme buy you brunch." He didn't have to ask twice.

When I got home, I called my gynecologist's office. I knew full well that paying the $175 for an IUD would cause me to overdraw my bank account, but at that point, I didn't care. I needed this. I was so jumpy about getting pregnant again that I had already taken Plan B twice in the three months since my son had been born; I couldn't have another pregnancy scare. I paid for the IUD right there on the phone and made an appointment for the following week. A week later, I got my Mirena without incident and with surprisingly little pain. I still have it to this day.

For the record, Planned Parenthood is amazing. They were the ones who connected me with my adoption agency; they have been there for me through all my mysterious bumps and itches. They are some of the kindest, most resilient healthcare workers you will ever meet. To the endlessly patient woman who sat with me that day: I know you tried. I know you did all you could do. I know you probably get crying women in your office every single day, but I still thank you for your patience and compassion.

As for the IUD: I have never been happier with a purchase. It was 1,000-percent worth the $175, plus whatever overdraft fees I had to pay at the time. There is nothing that can compare to the complete peace of mind of knowing you're never pregnant. Even my period is lighter! And whenever I decide to raise kids of my own, all I have to do is have my doctor take it out.