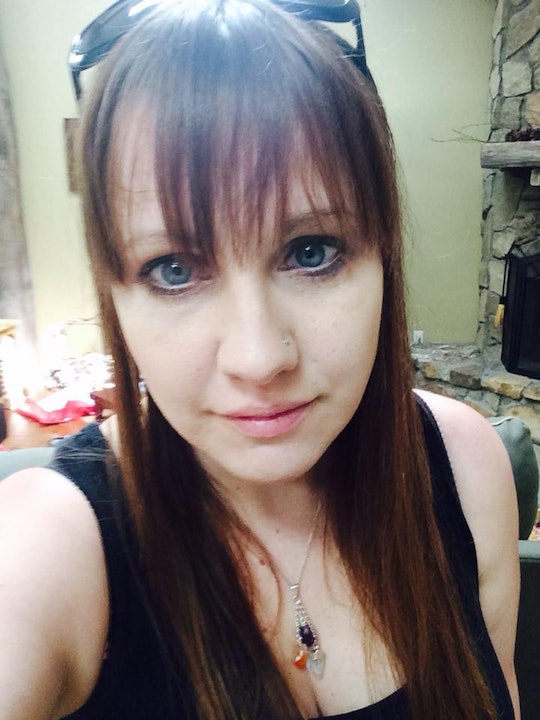 I Had Hyperemesis Gravidarum & This Is What It Was Like

When Kate Middleton announced her pregnancy early, she made hyperemesis gravidarum a household name — and also simultaneously let everyone know it's more than usual morning sickness. According to HelpHER, a hyperemesis gravidarum research group, hyperemesis gravidarum is “a severe form of nausea and vomiting in pregnancy... It’s unrelenting. It produces dehydration and nutritional imbalances. Metabolic imbalances. Difficulty with everyday activities.” I have three children and I had hyperemesis gravidarum (HG) during each of my three pregnancies. The first two times were mild. I took some Zofran or Phenergen, slept a lot, and ate whatever I could (which happened, unfortunately, to often be french fries).

The third time, however, was different.

I started throwing up four-and-half weeks into my pregnancy. I’d been nauseated already, but it hadn’t crossed the line into actual vomiting before I barfed up a peach pie at my in-laws' house one day. I remember looking down at that white porcelain toilet in the guest bathroom and thinking, “Sh*t. It begins.” I thought maybe I'd escaped it that time, even though the odds were against me. Coke settled my stomach, so I drank a lot of it until we got home and I could get real treatment about five days later. During that time I was nauseated pretty much constantly. I called my OB, who is luckily a good friend of mine. “I’m pregnant,” I said, “And I’m barfing already.” She called in a Phenergan prescription for me so I could keep food down.

I can’t take Zofran because it exacerbates my depression, so I was stuck with Phenergan. Phenergan works for me but, unfortunately, it’s also a depressant and makes me sleep at least 16 hours a day. According to Drugs.com, Phenergan is a drug that "prevents motion sickness and treats nausea and vomiting or pain after surgery," among its many other uses. But I use it to help combat the vomiting caused by my HG. After taking it, I only woke up to eat, throw up, try to drink something, throw up, and go back to bed. On the off chance I wasn’t sleeping, I was too tired to do anything but read books — in bed. I couldn't even parent.

I missed Easter completely. My husband dressed the boys up in seersucker suits and hid eggs in the front yard, and I cried as I watched them turn over leaves and look behind garden gnomes.

One of the college students from my church had to watch my 2-year-old and 4-year-old for me while my husband taught his university classes. After he'd come home, he played with them, helped them decide which TV to watch, picked out their clothes, and took them to the taco restaurant for lunch. I missed Easter completely. My husband dressed the boys up in seersucker suits and hid eggs in the front yard, and I cried as I watched them turn over leaves and look behind garden gnomes. I missed Easter Mass. I couldn’t even read to them, because talking only made me vomit more.

The most terrible part of having hyperemesis gravidarum wasn’t the vomiting. It was the feeling that my life was passing me by.

My lowest point came a few days after that, when I couldn’t keep anything down. I couldn’t drink, I couldn’t eat, and my doctor recommended I go to the hospital. I ended up, at 12 weeks, down the hall from the maternity ward, in a regular unit. They ran an IV of fluids, and an IV of Phenergan, which made my vision wonky until I begged them to stop it. They also tried Reglan, an anti-nausea medication, which rendered me twitchy and miserable. I stayed there for 24 hours until the doctors deemed me hydrated enough to leave. It was the first night I’d ever spent away from my 2-year-old son. I cried.

But the most terrible part of having hyperemesis gravidarum wasn’t the vomiting. It was the feeling that my life was passing me by. My house was a wreck, because my poor husband had to both parent and work. I sometimes came out onto the couch and cried at the state of the living room. I was very weak, both from the medication and the enforced inactivity. I needed my husband to help me shower so I didn’t fall. And I could only eat what I craved, and that often meant McDonald’s. Worst of all, my interaction with my children was minimal, usually confined to a pop-in “I love you, mama!” My only companion was my German Shepherd, Pandora, who had stationed herself at the bottom of my bed and refused to leave.

Constantly vomiting was brutal. Thankfully I knew when it was coming, so I could be prepared and I'd run as fast as I could to the bathroom and drop my pants and undies. I’d kick them to the side. Then the vomiting would begin, and I’d inadvertently pee. I ruined lots of pants before I figured out it was inevitable. Once I’d finished, I had to clean up the floor, since I didn’t want my husband to have to do it. That made me nauseated all over again.

Eventually, the nausea faded. I felt better by 16 weeks pregnant, and the vomiting disappeared altogether by 20 weeks. However, I stayed on a cocktail of medication throughout my whole pregnancy: Phenergan, Domperidone, and vitamin B. Though the doses dropped, the medication stayed the same. I took my last doses just before my induction.

My husband and I have decided that we can’t have any more biological children.

I was lucky that my husband was teaching college and could take care of the kids. Now he’s teaching high school, and gone from 6:30 a.m. until 4:30 p.m. I couldn’t get pregnant again without hiring childcare, and we homeschool during the day. I don’t trust anyone else to teach my kids, and if I was pregnant, there is no way I could do from my bed. And I've read that HG gets worse every time. Mine certainly has. So my husband and I have decided that we can’t have any more biological children. It’s a horrible, gut-wrenching decision. We do plan to adopt in the future, but knowing the door is closed to having biological kids hurts my heart. I love newborns. I even love the feeling of a baby moving inside me, knowing feeling this way comes with HG. I'm brokenhearted to know I'll never breastfeed another baby.

Having hyperemesis gravidarum sucks — and I had a mild case. My best friend had a Zofran pump and a constant IV drip to help with her HG and home health nurses had to come over and help care for her. I feel blessed that things never got that bad for me, but I know that my case was bad enough. I feel terrible for any woman who has to suffer through it. I’m glad I got a baby out of it. Because honestly? Nothing else is worth it.