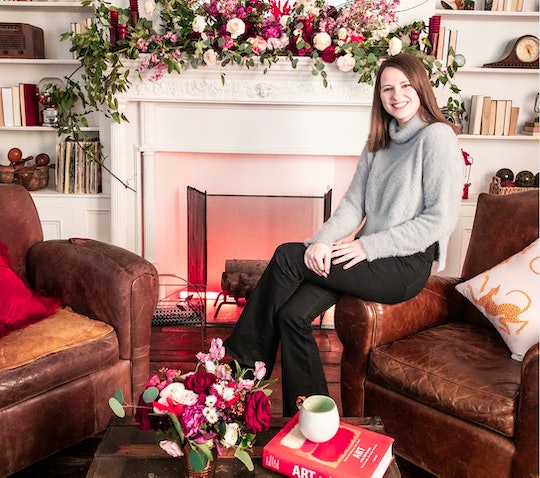 For good or bad, social media has created a shift in our culture. Platforms like Twitter and Facebook essentially create the reality we live in today, shaping the way we perceive our lives and those of the people around us. One of the more interesting trends that has evolved from social media is the rise of the "Instagram husband," people who are not often seen but create much of the content you see from bloggers and Insta influencers on your feeds everyday. I got a chance to meet three official Instagram Husbands on a blustery January morning thanks to Adobe Lightroom's Valentine's Day Workshop, where I found out more about the husbands' lives behind the camera and even got to (briefly) experience what it's like to be their influencer wives. Spoiler alert: it was awesome.

In case you're still confused on what exactly an Insta Husband is, I've got you covered. Basically, an Insta Husband is the spouse or partner (they don't have to be male or an actual husband to get the gig) of a social media influencer who takes the high quality photographs that you see on their pages. Insta Husbands have become super popular, with Adobe reporting that nearly half of Millennial Instagram users "are helping support someone else's Instagram presence by shooting photos or videos." These people aren't the "on-camera talent" of the duo, but they do tend to become social media personalities in their own rights, as is the case with Paris Sims, Nick Nelson and Ben Jolliffe, who gave me the scoop on the Insta hubby life during the Adobe event.

My biggest takeaway from the guys was the sheer amount of work they put in to get pictures for their girls, which I didn't really expect; I was a cynic who rolled my eyes at the idea of people taking Instagram pictures as their full time jobs. I was shocked as the trio described waking up at sunrise daily in order to get photos of their partners in the early morning light, going into snow storms for aesthetic shots, and essentially being ready to capture the picture perfect moment at all times. My formerly blasé attitude about their careers quickly felt ridiculous as they continued to explain what their day-to-day lives are really like.

Nick and his wife, Jean, have to balance taking photos with parenting, often scheduling their shoots around their daughter's nap time; otherwise, Nick ends up taking pictures with one hand and pushing the baby's stroller in the other. Ben also talked about "risking [his] life to get a certain shot" of his wife, Jenn, which Paris confirmed as typical for Insta husbands with a hilarious story about a time he actually fell into the lake at Central Park to get a photo of his fiancée, Courtney. (He got the picture and managed to keep the camera out of the lake. Talk about husband goals.) See the collage below to get an idea of some of the crazy positions the guys get into to capture the picture perfect moment.

The work is non-stop, and you definitely have to be committed if you want to try to make it as an influencer. (Seriously, all of their partners do it full time.) The guys realize most of us don't have the time or the fancy cameras to make our Instagrams look so cool, but there are some simple hacks you can use to get your feed in better shape, especially since phone cameras have gotten so advanced. Nick recommends putting a finger on your hand to get an idea of where the light is coming form when you're outdoors, as well as not standing directly under harsh lighting indoors; Paris said to make sure you take lots of pictures so you have options to choose from; and Ben said thinking too long about captions is a mistake: "you can drive yourself a bit crazy." He also advised against manufacturing moments for social media, because people will be able to tell if there's something inauthentic on your feed. Organic content is what people connect with most.

All of the guys highlighted that you're often not going to have the right lighting or enough time to take a picture, especially when you've got kids to keep track of, which is why it's important to have the right tools on your side. To make your photos look higher quality even if you are short on time or in a not so ideal setting, they recommend using Adobe Lightroom CC, which is essentially an advanced digital asset management tool you can download for free on your phone. The app lets you edit pictures and videos in way more advanced ways than you can natively on Instagram, and it even takes higher quality pictures than your phone would on its own because it downloads raw image files instead of jpgs. Check out the app to get a full run down on the features, which seem almost endless when you first open the app. I got to have a mini photo-sesh with Paris to check out all of Lightroom's features, and I swear I felt like an Insta model for a day.

Both shots were taken by Paris on my phone using Lightroom, and then I did some minimal edits on the app to get the coloring I wanted. I'm not on my way to being a pro or anything, but I love how clear and colorful the pictures turned out. Disclaimer: this was in a studio space, so the lighting was already pretty great, which gives me a head start. But I liked that I was able to alter individual colors in the image; Nick explained that bringing the orange color up or down is important for skin tones, and I increased the red and green tones in both of these images to make the flowers pop.

All that being said, I only spent about 20 minutes getting to know the tool, and I already feel like I have a pretty good handle on it. Being an Instagram Husband or an Instagram Influencer isn't easy, and I'm definitely not in the same league as these guys or their partners, but Lightroom did make me feel slightly more confident about the possibilities I could create for my feed. Shout out to technology for making influencer life feel not quite so out of reach.