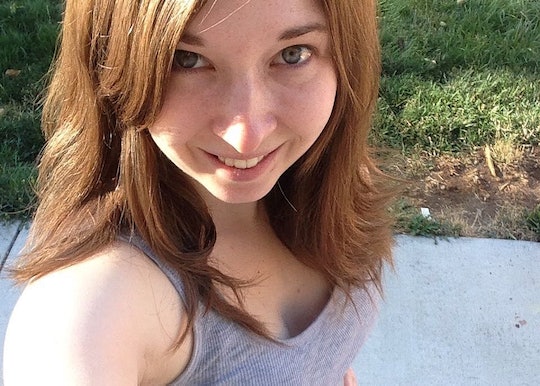 I Hate Other People's Kids, Sorry Not Sorry

Growing up, I was never a really big fan of kids. My mom ran an in-home daycare, and she had a whole “kids-are-magical” mentality that really put me off. As a tween, I would have to give up my room for naptime, which produced angst galore. When I was a teenager, I worked with the babies and toddlers, and I'd also work on the side as a babysitter in the evenings. It convinced me, in a way health class never could, that kids were really not as great as those diaper commercials made them look. Growing up in a daycare made me hate other people’s kids, and it definitely made me not want any of my own.

As a kid, I would scream that I never wanted kids, because I was totally over how the babies at my mom’s daycare ruled our home. Our house was overrun with baby toys and cribs and strollers. There was always kids' music playing and babies screaming. During the summers when I was home, I felt the needs of the daycare kids overshadowed my own. And when I was asked to give up my room — my preteen sanctuary — for two hours a day, I hated it, as you can probably imagine.

As I got older, I decided that while I might still entertain the possibility of having kids in the future, I needed a good long break from them before I even thought about having kids of my own. I was convinced that I wouldn’t want kids until I was 27 or 28 at the earliest. Then I ended up marrying my high school sweetheart and having my first kid at 22. In fact, by the time I reached 27, I'd already had three kids and a husband with a vasectomy. And to be honest? I wouldn’t have it any other way.

Having your own kids is a whole different ballgame than taking care of other people's kids.

It turns out, having your own kids is a whole different ballgame than taking care of other people's kids. I loved them from the moment I met them. I delighted in having them around, and I loved filling our house with baby things. I loved watching them go through their various development stages. Having kids filled me with joy and a sense of purpose. I thought maybe kids weren’t so bad after all, and I had simply hated them because I was a kid myself.

Then I started venturing out into the world with my own children. I realized that my feeling towards other people’s kids hadn’t really changed after all. Yes, I loved my own kids. I could handle their bad moments and illnesses, their incessant questions and rambling lectures on their most recent obsession. But other people’s kids? Yup, I still hate 'em.

That kid at the birthday party who is punching all the balloons and smears frosting all over his face and wants to play superhero villains while wildly swinging his arms like windmills? Hate.

Granted, this doesn’t apply to all kids. Some of my friends’ kids are awesome. They're cute and funny and most importantly, they're willing to play with my kids, so they don’t constantly need my attention. I love being able to let my house run wild with a herd of children while I enjoy wine with my friends. Do things get a bit Lord of the Flies sometimes? Sure. But hey, that’s childhood for you.

But the kids I don’t know? The ones who show up to birthday parties or the tag-alongs at the park? Strong hate. Full stop. Sorry, not sorry.

That kid who comes up to look at my baby and immediately open-mouth coughs in his face with the rasp of a lifelong chain smoker? Hate.

That kid at the birthday party who is punching all the balloons and smears frosting all over his face and wants to play superhero villains while wildly swinging his arms like windmills? Hate.

That kid who keeps talking to me when I’m trying to enjoy a moment of reprieve from intensive mothering because my kids are playing, "so WHY AREN’T YOU?" Hate.

The kid who has definitely pooped his pants when we’re in an enclosed space? I mean, not his fault, but still, hate.

And if you think I’m going to feel guilty about hating other people’s kids, you’re going to need to think again. I’m not going to apologize for not finding your kid as amazing and darling as you do. It’s your job as a parent to tolerate their most unlovable qualities, not mine. I already have three kids to love through their tantrums and bad attitudes and snotty noses. Other people’s kids? I’m not here for them. No apologies. No regrets.

More Like This
18 Fun Mother & Son Halloween Costume Ideas
24 Amazing Harry Potter Costumes For Fans Of All Ages
12 Helpful Tips For Hiking With Kids
Sex And Mom Guilt: When I Date Someone New, Am I Cheating On My Kids?