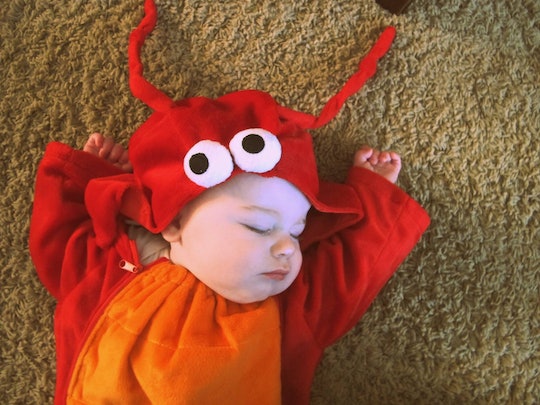 TBH, I Hated Being Alone with My Baby

After my husband Nic and I came home from the hospital with our son Ollie, he hung out with us for two days before going back. Yup. Just two days. (Can you tell I’m still angry?). On third day home with our son, he woke at 6:30 a.m., ate his breakfast and walked out the door at 7:30. He came back home at 5:30pm.

I was miserable. I hated being alone with my baby — and to be perfectly honest, sometimes I still do.

I have loved being alone all my life. I make sense of the world by being alone in it. I can hear the sounds around me better without someone else’s voice; I can see more clearly when there isn’t someone in my peripheral vision. But suddenly, here was this tiny creature who was constantly crying or screaming. He was always in my direct line of vision, and he had a never-ending stream of needs. He was my new baby, and being alone with him terrified me.

I would have paid someone $1000 to be in the room with me and my baby. Ideally, I would have wanted that person to be my husband, but I also would have accepted a dear friend, or almost anyone, really. My husband's mom came over for a day during the first week (or was it the second? that time period was a total hellish blur), and his stepmom came for two half-days, and another friend came for a workday. But it wasn’t enough. None of it was enough.

When people did come to pay a brief visit, I didn’t want to greet them if they were going to stay temporarily. That involved shuffling my tired, broken self to and from the door, which was exhausting. I wanted someone to stand vigil with me. I didn't want to force a smile and tell people how blissful the experience of being a new mom was. I wanted someone to see me frowning and miserable, and for that person to accept my feelings as they were.

Sitting in the house alone, day after day, felt like going to a funeral. All the things I had dreamed of doing with my life were dead, at least during that time period. I felt like the cord hadn't been cut, like there was still a string that tied me to my son that tugged at me constantly during those first few weeks. Every moment of my life revolved around him, to the point where I felt like I no longer existed.

Now, our baby is 2 years old. You would think that my fear of being alone with him has worn off. But that hasn't been the case. If anything, the fear is now more warranted than ever. He is a destructive, explosive, semi-violent, amazingly cute toddler who is curious about everything around him. I love him more than anything, but overseeing his waking hours is exhausting.

Sometimes, I’ll pick him up from daycare and drive around until Nic is on his way home. I’ll go through the Starbucks drive-thru and get a 30-ounce iced coffee for me, and two pupaccinos (which are cups of whipped cream) for my dog and for the kid. Usually, I try to avoid walking through the front door with Ollie until I have another soldier there alongside me. The terrain is just too treacherous to enter alone.

The glory of parenting with a partner is you get to trade shifts. You sit now, I sit later. Deal? Deal. But when I'm parenting alone, I can't do that.

As I write this, my husband is gone for the week. It's the first time he has ever left me alone with my son for an extended period of time. I have left him plenty. I've visited friends on the weekend, and I once took a week-long trip to New York City. But save for one overnight camping trip, when I was alone with our child in the dark for the first time and I wielded weapons all night, ready to fend off any intruders, he has never left me.

The first evening he was gone, I sent him a hateful text after about two hours. "I can’t get sh*t done," I whined. I felt totally depleted. Ollie had peed in multiple spots on the floor and poured water out of the bathtub and given his dinner to the dog, and I couldn’t sit down without having to stand right back up again. The glory of parenting with a partner is you get to trade shifts. You sit now, I sit later. Deal? Deal. But when I'm parenting alone, I can't do that.

I still try to take advantage of every single minute I get completely alone, without my baby. I probably always will. But the minute Oliver is out of my sight, a funny thing happens: I start to think about him. It seems the more time we spend with a certain person, the more prone we are to missing them. And when that little sweetie came home with me from the hospital, I signed up for a life sentence of loving him, whether I was fully ready for it or not.

I work the early shift at my job, so many mornings I am not there when Oliver wakes up. Usually, he opens up his eyes and calls out “Dada” repeatedly. When his father and I are both in the house, he calls out both names: first "Dada," then "Mama." Then he'll pause and try again until one of us comes running.

But the first morning after Nic left for his trip, I woke up to hear a tiny voice from our child’s bedroom. He was calling only for me.

At first, I was irritated. After all, it was 6:30 in the morning. But the sweetness in his voice softened me.

Even though the process of making waffles would likely be a huge hassle, and I wouldn’t get to sit down for the next hour or two, I was genuinely excited to sit down and eat breakfast with my son — alone.