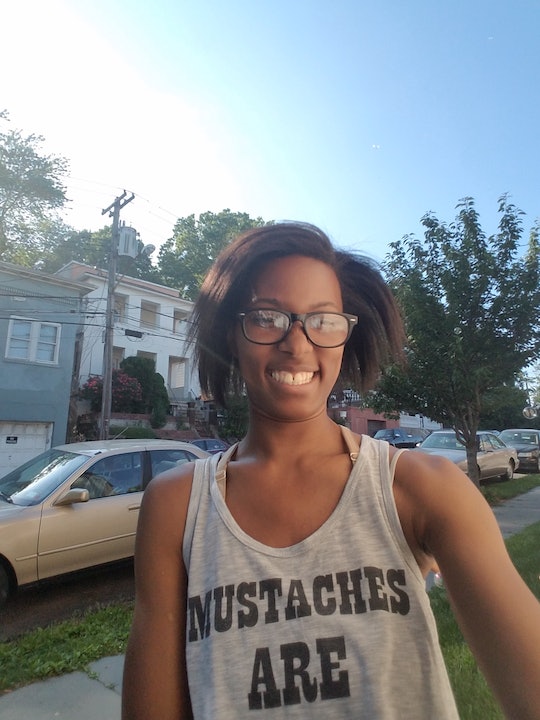 I Haven't Had My Period For 3 Years

During one of my last prenatal doctor appointments, right before I gave birth, my OB-GYN and I started discussing my options for birth control. I knew that I didn't want to go back on the pill because I kept forgetting to take it consistently, and I had gotten pregnant while using the NuvaRing, so I was hesitant to go back. I also knew I wanted my birth control choice to be as breastfeeding-friendly as possible, because it was extremely important to me that I breastfeed my son.

When I got home, I immediately read about IUDs, which are basically small, T-shaped devices that are placed in your uterus to prevent implantation. (They come in two forms: hormonal or copper.) I opted for the hormonal IUD Mirena and scheduled an appointment with my doctor to have it inserted a few weeks later, after I gave birth.

While my doctor adjusted the strings on my IUD, I asked her about the potential side effects. She explained that it could possibly migrate or be expelled from my uterus, but generally there were few side effects.

“What about my period?” I asked.

“Well, you'll experience some spotting for a few days and then your periods will probably be pretty light. There's a chance that you might not even get one, especially since you're breastfeeding," she said.

I couldn't believe my ears. After years of enduring misery due to my period, apparently it was now possible for me to avoid having my period altogether. It sounded too good to be true — and as it turns out, it wasn't. Thanks to my IUD and the fact that I'm extended breastfeeding, I haven't had a period in years — and I couldn't be happier about it.

I left the doctor's office with a spring in my step and a slightly sore uterus. Just as she had predicted, I did experience some post-procedure spotting, but it wasn't so bad.

After a few months with my IUD, I waited for my period to come. It didn't. I wasn't really surprised: I was breastfeeding my infant son frequently, and many people I knew who were also breastfeeding didn't get a period until somewhere between three and six months postpartum. This apparently isn't so uncommon: according to BabyCenter writer and lactation consultant Susan Condon, some nursing moms get their periods before 11 weeks, while others have to wait 24 months or more to get back on a regular cycle due to the hormones brought on by breastfeeding.

Although I wasn't intentionally trying to get rid of my period at this point, I knew that I wasn't alone. According to NPR, women in their 20s and 30s are increasingly turning to birth control options like the pill and IUDs to suppress their periods, sometimes for stretches of years or more. This doesn't come without potential risks, as few studies have been done on the long-term effects of skipping menstrual periods. But according to the Mayo Clinic, "if your doctor says it's OK for you to take birth control pills," as mine had with my IUD, "it's probably safe to use them to delay your period."

When I hit the six-month mark, I waited with bated breath to get my period. It never came.

I asked my doctor if it was normal that I hadn't gotten my period yet. She said it was fine, and that I shouldn't be concerned. Truth be told, however, I wasn't: I had been dealing with painful periods since I was 12 years old, and I kept secretly willing my period to go away and never return again. I realized that if it hadn't returned by the one-year mark, while I was still nursing, it probably wasn't going to come back for some time.

At around the two-year mark, I switched doctors. During that first appointment, the nurse asked all of the routine questions.

I laughed. “I don't remember," I said, explaining that I was still breastfeeding and that I had an IUD. She smiled knowingly and teased me for being lucky, but my new doctor did perform an ultrasound at my first appointment, just to make sure everything was still OK down there. Thankfully, I got the all-clear.

I have just passed the three-year mark of both breastfeeding my son and having my IUD. With the exception of the occasional day of spotting, I haven't had my period in years, but I have no complaints. I am currently single, and unless things change drastically in my life, I have no immediate plans to get pregnant in the future. I will most definitely be getting another IUD in two years when this one has to be removed. I'll continue to check in with my doctor to see if it's OK, but in the meantime, I'm keeping my fingers crossed that 2017 will be another blessedly period-free year.