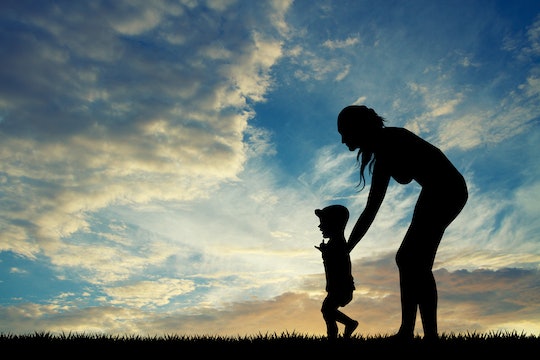 I Love My Son, But I Was Tricked Into Having Him

I have a 15-year-old son who I love dearly but have struggled to support for the majority of his life — a reminder every day of the lie I was told by a crisis pregnancy center that manipulated my decision making. A lie that vulnerable women and girls face while trying to control their reproductive decisions every day. The Supreme Court will soon consider whether crisis pregnancy centers should have to provide accurate information about reproductive health services to patients. As things currently stand for women with unwanted pregnancies, the operation manual for crisis pregnancy centers (CPCs) is to shame, misinform, and intimidate you into continuing the pregnancy. I know firsthand just how harmful these places can be: I was intentionally misled by one, and am still affected by their lie.

The CPC nurse convinced me that if I had an abortion, I wouldn’t be able to have children in the future — a lie — and so I continued the pregnancy though I knew there was a strong possibility that I would have to raise that baby alone.

CPCs are designed to look like health clinics — often they will even open next door to real clinics and adopt a similar name to confuse patients, but most have little to no certified medical staff. They are run and financed by anti-abortion extremists who deceive and manipulate vulnerable women and girls to stop them from getting an abortion.

Worse, these imposters have the unmitigated gall to do such trickery in the name of Jesus, often using faith misspeak to shame and manipulate women and girls.

I came across an ad promoting abortion care and made an appointment. When I arrived at what looked like a private doctor’s office, I was questioned about being on public aid, subjected to guided counseling, shown graphic abortion procedure videos, and, once they realized that their initial tactics had not changed my mind, sent to another of their locations for an ultrasound where I was told that if I had an abortion, I would not be able to have another child. I trusted that I would be given medically appropriate info and guidance, but instead, my trust was exploited.

The CPC nurse convinced me that if I had an abortion, I wouldn’t be able to have children in the future — a lie — and so I continued the pregnancy though I knew there was a strong possibility that I would have to raise that baby alone. I know now that abortion is a safe, medically proven, often quite simple procedure, and that women who have abortions go on to lead happy, healthy lives, have children, and years later know the decision was right for them.

After manipulating me into continuing my pregnancy, they sent me home with a bottle, a onesie, and a rattle. To date, that is the last support of any kind I ever received from them. When I lost my job, not even a year after my son was born, then had to navigate accessing food stamps and help getting child support, they were nowhere to be found.

These fake clinics use your tax dollars to con women, especially poor women, and push their ideological agenda while the Hyde Amendment continues to deny insurance coverage for abortion for women enrolled in Medicaid.

My son deserved to be born to a mother who would not be left hanging to raise him alone. He deserved to be born into a social infrastructure willing to provide his mother with the necessary social supports to live, and to do so without stigma or shame.

For most women and girls of color, informed by the American legacy of abandonment faced by our children left in both private and federally funded child protective care, we would rather keep our babies and figure it out, or end our pregnancies as an act of love to save our children from probable suffering.

My story is pretty much the template for how CPCs manipulate women: it’s an insult to our humanity, our God-given right to self-determination, and a threat to women’s health. Some offer adoption as a better alternative, but for most women and girls of color, informed by the American legacy of abandonment faced by our children left in both private and federally funded child protective care, we would rather keep our babies and figure it out, or end our pregnancies as an act of love to save our children from probable suffering. I was offered that option during my experience. It was no option for me.

Whatever we personally feel about abortion, we can all agree that women should have access to accurate health information, quality medical care, and the full range of pregnancy-related services, including: prenatal care, childbirth and postpartum care, non-coerced contraception, comprehensive sexuality education, and abortion care without deceit. The decision to become a parent is too important. No one should have this decision taken away by politically motivated bullies or people’s personal piety.

Editor's note: In March, the Supreme Court will hear the case of National Institute of Family and Life Advocates v. Becerra, after California's Ninth Circuit Court of Appeals upheld the 2015 California state law, FACT, requiring crisis pregnancy centers to provide information on the safety and low cost of abortion, as well as provide a referral number. The Alliance Defending Freedom, a legal army for the religious right, is representing three crisis pregnancy centers who initially sued then-state attorney general Kamala Harris over the law, saying it violated their religious freedom.