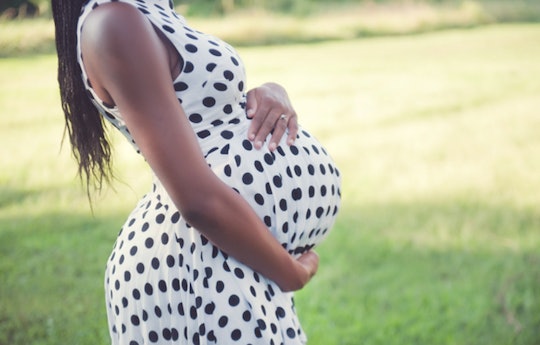 I Recorded Every Uncomfortable Comment About My Pregnancy For 2 Weeks

There is a special point in every pregnancy where the vast majority of strangers lose their hesitation over whether or not you’re pregnant and begin the overload of questions, comments, and concerns about your uterus, your labor plans, and your parenting techniques. They worry about how much caffeine you’re drinking and whether or not you’re choosing to circumcise a child you may not even have a name for yet. If you’re already in, or are about to enter, this stage of endless questions, I feel your pain.

Because I’d been pregnant once before, I knew the second time around that the comments were on their way. I dreaded the day they arrived, even sometimes hoping against hope that I’d get lucky and bypass the menacing stage entirely. I’d think back on the first few months of my pregnancy, when I was keeping the biggest secret of all time, and feel thankful even for the morning sickness because it meant no one felt license to talk about my body, my belly, and my uterus. Hell, I even enjoyed letting people think I was just “putting on a bit of weight.” Then came the day I was no longer safe from the onslaught of unsolicited opinions. I walked into my local Publix and was greeted with a giant smile from the cashier before she proceeded to ask me, “When are you due? I feel like you were pregnant a few months ago.” That’s when I knew.

As the comments began to pick up in speed, I thought, what if I kept track of some of the things people felt the undying need to tell a complete stranger? Were most of the comments coming from well-meaning grandmothers or children curious why my stomach was so large? Did they all have a similar theme to them?

I decided to spend the latter portion of my second trimester jotting down every unkind, unwelcome, and uncomfortable comment about my pregnancy. I wanted a better sense of just how little people filter themselves when you have a bundle of joy cooking inside you.

“That is the cutest little bump!”

“I love your pregnancy glow!”

These comments were awesome to hear, especially because I could no longer squeeze into my favorite pencil skirt and needed a little pick-me-up. The comments mainly came from strangers who just wanted to acknowledge the amazing journey I was on. The repetitive boy or girl guesses were annoying -- especially when I wasn’t in the mood or was in a hurry -- but they were always well-intentioned.

After a long day, a bad day, or on the days when I just needed someone to make me feel good about my planet-sized stomach, I treasured these comments, realizing that they weren’t an interrogation or an attack on my body and my growing baby; they were just people trying to relate to me, make me feel good, and make me feel seen.

“Wow ­– you look like you’re going to pop. How many months are you?”

“Are you allowed to drink that?”

“You’re going to really have you hands full!”

“If you want to know the sex of your baby, when you go home, have your husband put scissors in one chair and a knife in another. If you sit on scissors you’re having a girl, and if you sit on the knife it will be a boy!”

“Do you always breathe that heavy?”

Look, I think we all know that assumptions are a terrible thing — and in this case, they made an ass out of everyone but me. Everyone carries babies differently, and we all experience vastly different symptoms of pregnancy at vastly different points of pregnancy. I’ve had two very different pregnancies, despite my babies being the same sex and only two years apart, but people who don’t know me don’t know that. They don’t know anything about me. Someone also has to realize that although something may be seemingly normal to the way they grew up, it quite possibly won’t be appreciated advice to a complete stranger. It’s hard to tell whether telling a complete stranger — someone you haven’t even shared the niceties with yet — to potentially sit on a knife has some serious underlying malicious intent hidden within their comments. It personally made me question whether underneath the seemingly pleasant smile, there was some sort of hope of harm for me or my child. It felt a little like a threat — a threat to me and to the life growing inside me.

Honestly, the comment stayed with me long after the exchange ended. How could it not? And upon returning home from a shortened trip, I researched the suggestion to see if this was even a thing. I quickly found it is a gender reveal myth that’s used by some cultures. I don’t know whether that’s more or less terrifying than someone just saying that on their own.

“Do you mind standing up so we can get a better look?”

“You should name your son after me!”

OK, let me clear something up, once and for all: No, you may not touch me. And no, I’m not sorry, but the answer will always be no. Outside of pregnancy, it seems like the thought of touching a stranger is horrifying, so why would it be any different during pregnancy? There may be a rare instance where a pregnant woman may offer for someone to touch her belly, but seriously, please don’t ask me.

Pregnant women are already flooded with concern — Is my baby growing too quickly? Is he healthy? Am I doing this right? Will I be a good mom? What if she hates me when she’s 13? Should I be sleeping more? Am I sleeping too much? Will it all be OK? — that I don’t really have time to factor every question, comment, and concern strangers also have for me. I’m busy growing a human, creating another life, making space in my home and my heart for another little person who we’ll be in charge of raising. I don’t have time to quiet your nerves. I’m trying to pay attention to and nurture my own.

And honestly, does having a planned pregnancy make it better or more fulfilling than an unplanned one? Probably not. Everyone begins their journey to motherhood in different ways, and it’s never OK to shame a complete stranger for something that is so deeply personal. Like, how would you feel if I asked 900 questions about your sandwich? Would it bother you if I wanted to rub your belly? Or if I made guesses about what was inside it? Probably. So it should make sense that being asked questions left and right about my life choices was extremely off putting. My husband and I are thrilled with the coming addition to our family. But does saying my child was planned suddenly gain me the approval of people whose opinions I care nothing about? It never did change anything for me — and it certainly won’t change a thing now.

So What Did I Learn?

People suck. Just kidding, uh, kinda. I get men and women are naturally curious about pregnancy; it’s one of the only things that draws us all together despite age, ethnicity, and even socioeconomic status. It’s the one thing we all share, and I realize everyone was curious about my belly most likely because they felt it was something they knew they could relate to me on. Either you’ve been pregnant, been a parent, known someone who’s had a baby, or known someone who’s known someone who’s had a baby, so you think you know what you’re talking about. Though most of their comments were well-meaning, a few were phrased so poorly that they came off offensive, insulting, and intrusive. Pregnancy is such a confusing time for women, especially first-timers. This is all new to them. And making assumptions or potentially hurtful comments do absolutely nothing to quell her fears.

At this point in my life and pregnancy, I know the comments are going to happen. I try to take most things in stride, and sometimes even I like to make it a fun experience for myself. After finding out I was going to have my second boy, I encountered a woman at the mall who was asking persistent questions about my pregnancy. Towards the very end she says, “You don’t have to tell me, I can see that you are definitely having a girl!” (I’m not.) I immediately replied, “Why, yes, I am and I couldn’t be more excited!” I walked away with the satisfaction of knowing that although people may constantly question and give their spin on how things should be, I can still keep the information I hold most dear to myself. I can ignore their comments and not let it ruin or diffuse my joy.