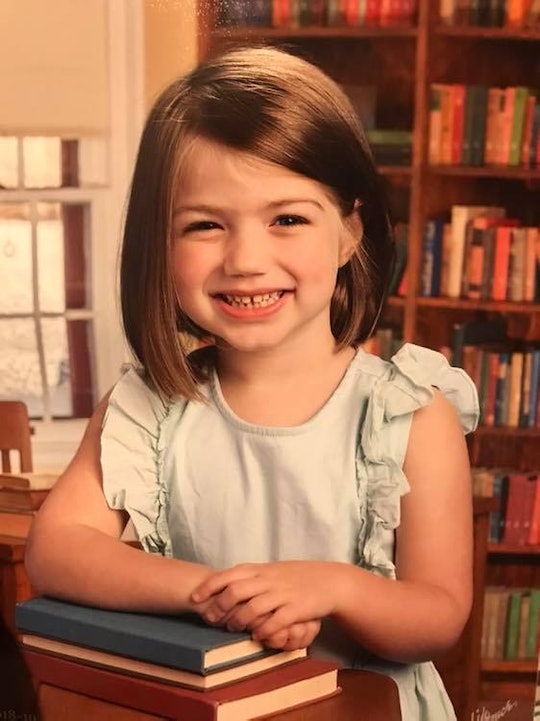 My daughter is in her second year of pre-K and she loves school. Monday through Friday, I drop her off and I'm lucky if I get a hug and a kiss before she runs in the door. I pick her up three hours later and get to hear all about her specials and who she played with and what songs she sang. Every now and then she'll get a homework assignment. If she feels like it, we do it, but otherwise we ignore it. I refuse to bother with my 4-year-old's homework, and it's not a question of laziness or coddling: it's an active, principled choice.

Something you should know about me before we delve into this: I'm basically the Hermione Granger of Muggles. In school, I was a grades-focused over-achiever. I took honors courses, cringed at the idea of a B, and was just generally an insufferable teacher's pet. So it's not that I don't take school seriously. In fact, this whole "screw homework" mentality can be a struggle for me sometimes, because my natural instinct is to do what teachers tell me (or my kids) to do in order to unlock every education achievement possible. And I do see some value in it — practice makes perfect, after all. But then I look at the realities of assigning homework to a person who was crapping their pants until a couple years ago and feel more confident in my philosophy.

A bunch of heavy-hitting experts back me up on this: both the National Education Association and the National Parent-Teacher Association advocate "the 10-minute rule," which states that children should be given 10 minutes of homework a night per grade level starting in first grade. So, by this standard, 4 is too young to start up with this nonsense anyway. Moreover, while high-school homework levels have basically been the same since the 1960s, over the last 20 years there has been an increase in the amount of time grade schoolers are expected to do homework. And yet, according to analysis by the Brookings Institution and the Rand Corporation, this homework insurgency has not had a positive effect on academic outcome. Generally it's been neutral, and in some cases it has had a negative impact. Another study out of Duke University (among others) reached the same conclusion: homework is not making our kids better students.

Then we come to my anecdotal justification: my experience with my older child. When my son was a 5-year-old kindergartener, he had nightly homework. On top of 20 minutes of reading per night (which is the kind of "homework" I can get behind) he was assigned either a writing or math assignment. In theory, this would take about 15 minutes. In reality, it could take anywhere from 15 minutes (on a lucky day) to a screaming, tantrumming hour. And, honestly? I don't blame him.

For about half of his waking hours he was sitting at a desk in school. Now he comes home and you want him to do more work? Actual grown middle managers are running at treadmill desks during the day fueled by furiously strong cold brew and *still* they can barely handle the boredom and monotony. You want to impose that regime on 5-year-olds who can barely get their hair cut without spontaneously diving off their chair?

Yes, he was learning to read and write and add and subtract and, yes, that's important. But at that age he was also learning how to be a human.

Still, my inner Hermione Granger was at the helm for the first half of the year. I fought hard to get my child to follow the rules. I hovered over him to ensure that things got done (nothing would get done without the hovering). I argued, I threatened, I punished. Then, one day, I was commiserating with a friend who had a child in my son's class. She pointed out that, as a working mom, she had to spend so much of her limited time with her child not playing with him but fighting with him about doing homework. That broke my heart and finally made me think, "What's the trade-off here?"

Yes, he was learning to read and write and add and subtract and, yes, that's important. But at that age he was also learning how to be a human. A child and a son and a brother and a friend. And learning how to be all of those things requires a lot of time playing and using your imagination and spending (good!) time with your family, and, honestly, having time to be bored. It was important to me to be aware of what my child was learning in the classroom and work with his teacher to encourage growth and progress... but I knew I could do this without the busywork. (And, let's be honest: that's really what so much of this was.)

We started skipping homework more after that. And you know what? The sky didn't fall... and neither did my son's classroom performance. His academic achievements held steady and, in fact, he did far better behavior-wise in the second half of the year than the first. You could attribute that to simply maturing and growing as a learner, but I don't rule out the possibility that better balance and less stress had a hand in it. (And, for the curious, now that he's in second grade he does his homework willingly (generally) and quickly (~generally~) because it's not a regular source of stress for him anymore.)

My 4-year-old is lucky. Not only does she benefit from the experiences I had with her brother but, right now, her "homework" assignments are minimal. Best of all, her teachers are on the same page as her father and I: we're not terribly concerned if she doesn't complete the assignment or if she doesn't do it exactly as instructed.

So, sure, the instructions said to draw a picture of what she wanted to be when she grew up and she drew a unicorn, but I wasn't going to have a prolonged argument about the viability of a career in unicorning. The way I see it, if you're going to ask a 4-year-old this kind of question, be prepared for a 4-year-old answer... and she really wants to be a unicorn when she grows up.

Take it from Hermione — yes, study is important, but if you want to keep the magic alive, sometimes you need to break the rules.

More Like This
Here’s How To Keep Your Baby Safe When Their Older Sibling Is Sick
Can Elderberry Help Prevent Illness In Kids? Doctors Weigh In
What Is RSV?
This Is What It’s Like To Parent With OCD Right Now