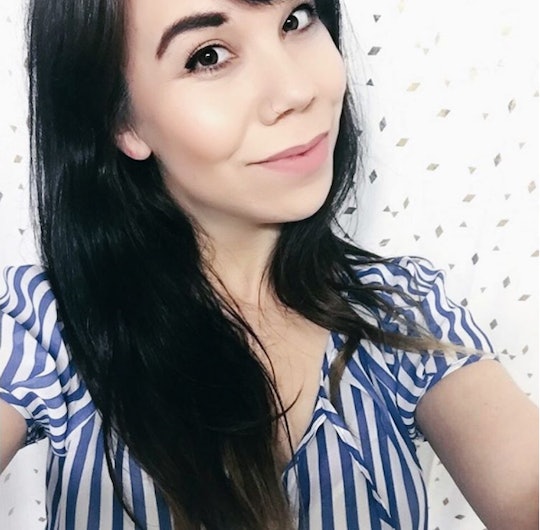 I Won't Talk About My Kid's Poop On Facebook

When you become a parent, you have to decide what you're willing and unwilling to share about your kid on social media. Now that I'm 6 months pregnant with my first child, I've had to think about this plenty, and I can’t tell you how many times I’ve scrolled through my Facebook feed and seen a lengthy status that describes, in detail, a diapering, potty training, or bed-wetting adventure. In fact, a former classmate of mine once wrote a series of paragraphs outlining her son’s nighttime routine, culminating in an anecdote about how he pooped in the “big potty” for the very first time.

When I saw her status, I couldn't help but fast-forward 10 years and imagine that kid, now in middle school, coming across that story his mom had shared on the internet. How will he feel about it? Maybe he won't care, but maybe he will — and that's why I will never talk about my daughter's bathroom habits on social media.

I was reminded of this again earlier this week, while I was absentmindedly scrolling through Twitter. I came across a tweet from former Bachelor star Sean Lowe. It was a photo of his son from the back, and the entire backside of his little onesie was covered in poop. “Not even mad. Impressed actually," Lowe captioned the photo.

Lowe and his wife Catherine are two of my favorite people on Twitter and Instagram, mostly because of how real and down-to-earth they are. Their social media accounts often reflect everyday life: cooking together, watching football, playing with their baby. And hey, let’s be honest: their son Samuel is cute as hell. But when I saw this photo, I cringed a little – and not because it’s “gross” or graphic. Everyone poops, right? The thing that gave me pause was wondering what little Samuel might think in a few years when he finds out that his celebrity father shared a photo of his poop-smeared onesie with his 749,000 Twitter followers.

I think there’s a difference between trading diaper blowout horror stories with a mom friend over brunch and posting lengthy diatribes about poop on social media.

To be clear, I don’t think there should be any stigma or shame surrounding bathroom activity. The last thing we want to do as parents is create a vibe that makes our kids feel anxious about their bodily functions. And there’s definitely something to be said about promoting parental solidarity on social media. Obviously, some of your friends aren’t going to understand why a diaper blowout is conversation-worthy, but your best friend who is also a mom might want to trade war stories all day long. And I’m sure that my husband and I will dedicate many conversations to diapers and poop once our daughter is born.

But I think there’s a difference between trading diaper blowout horror stories with a friend over brunch and posting lengthy diatribes about poop on social media. When you tell a story out loud, it has a pretty short shelf life. You’ll laugh about it for a few minutes, but eventually it will be forgotten or folded underneath newer stories. But the Internet is forever.

When you publish something on social media, it's seen by hundreds —sometimes thousands — of people. They resurface in Facebook “memories” or in Timehop posts years later. When those stories are yours to own, that can be a great thing. But when you’re posting about a child who cannot consent to having intimate details of their lives shared with others, it’s not necessarily such a great thing anymore.

I want my daughter to have agency over the parts of her life that are intimate and personal to her.

Obviously this is a personal choice, and at the end of the day, you have to decide how much of your baby’s life you want to share online. Some people post photos multiple times a day; others refuse to post any pictures at all. There’s not necessarily a right or a wrong way to approach social media etiquette, but I do think it’s worth considering how that baby might feel when they’re older.

For me, I want my daughter to have agency over the parts of her life that are intimate and personal to her. With that in mind, it’s important to me to respect the possibility that there are things she might not want me to share with my Facebook, Twitter, or Instagram friends. That’s why I’ll stick to telling those stories out loud, over brunch, where they can be laughed about and forgotten about immediately.