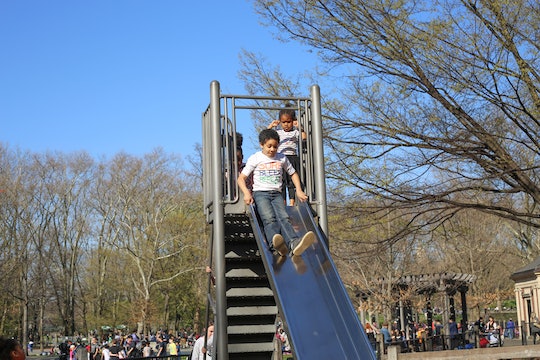 I Stopped Nagging My Eight Year Old For a Week

Last weekend, I walked into our living room and was hit smack in the face with something that would shake any mom to her core: cups everywhere, wrappers on the floor, crumbs that crunched under my bare feet, and toys covering every surface. I pulled my son out of bed to clean up the mess immediately, and I sternly reprimanded him. He rolled his eyes at me. Then he took each cup to the kitchen sink one at a time, as if he'd forgotten he had two hands. It made my blood boil.

These days, I feel like I'm reminding my son way too often to take care of these basic things. But at the same time, I realize that maybe I should have been rolling my eyes at myself. All I did these days was nag him. It was a never-ending cycle, and truth be told, I was getting sick of it.

My nagging has gotten a little bit out of control, to the point where even I'm annoyed by it. My husband and son have been feeling especially overwhelmed by it, to the point where they politely asked if I could add this trait to my list of New Year's resolutions. Their point was well-taken: something needed to change. So I decided to stop nagging my son for an entire week and see what happened.

Before I could get myself to stop nagging for this little experiment, I needed to think about how and why the nagging got out of control to begin with. I'm a mom and a work-from-home full-time freelancer and blogger, but I also felt like I was everyone's housekeeper and personal chef. I was starting to feel like a lot of my family's responsibilities rested on my shoulders. I needed help. And in order to get that help, I had to remind both my husband and my son to get up off their butts and just lend me a hand every once in a while. Right? Wasn't that fair?

I wanted to see if I could actually lay out the day or week for my son just once and see if he could actually accomplish everything on his own, no nagging from mom necessary.

Nagging might be annoying, but it does have a place in our family. If I want to get things done, sometimes it's completely unavoidable.

On Monday, we almost missed the bus in the morning, because I only woke him up once for school. My husband went into his bedroom to give him the final nudge, and he slowly but surely gathered his things, put his uniform on, and tied his shoes. When we finally made it out the door, we had to run to catch the bus.

Every morning that week was pretty much the same, but with slight variations (i.e. his gym uniform wasn’t laid out, he couldn’t find his school shoes, or he'd spent too much time playing with his baby sister to get his hair brushed and find his hat).

The evenings were the same. Instead of me running my mouth over and over again about getting his homework done right away so he could have some time to watch his favorite show, he dilly-dallied. In fact, he procrastinated so much one night that he didn’t have any screen time. It was nobody's fault but his own, but I stayed true to the goal of the experiment and didn't chide him for it.

By midweek, scrambling around became our new routine. Because I wasn’t nagging anyone to move along, we were late for everything. Because the chores weren’t being done, we were late for weekend swim class, and we even missed a dinner reservation. I was pretty much spending my time doing deep breathing to get me through the chaos.

Because I wasn't wasting my time nagging him to do things, we also had more cuddles, snuggles, and down time, as well as moments where we just chilled out.

On the last day, however, my son started to get into the swing of things. He did his homework on time without procrastinating, and he set out his clothes for school in the morning by himself. He still needed to be woken up multiple times before actually getting out of bed, but I’m pretty sure that all kids have that issue, as do some adults. Because I wasn't wasting my time nagging him to do things, we also had more cuddles, snuggles, and down time, as well as moments where we just chilled out. Even though my type A personality was boiling on the inside, it was nice to have that quality time with him.

This experiment wasn't easy for me. I don’t like being late for things, and I hate when the house is a mess and no one cleans up besides me. But I did learn that I need to let go a little bit and let the other people in the house step up and help out. When we were starring at the same mess in the living room day in and day out, for example, much to my surprise, my husband actually took initiative and put our little man in his place. And when my son knew that screen time and evening and weekend activities that he had been looking forward to were actually at risk, he did what he needed to do to work on his own daily to-do list.

Nagging might be annoying, but it does have a place in our family. If I want to get things done, sometimes it's completely unavoidable. But cutting back nagging is necessary for my family's happiness and mine, too. At the end of the day, I learned that we do really all work well together as a team, and everything can't always be done exactly when I want it to be.