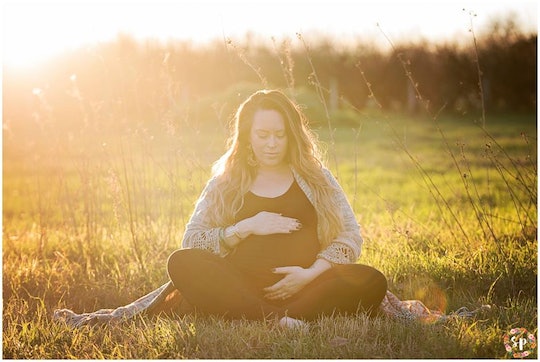 Mother's Day Is So Painful If You Struggle With Infertility

A few years ago, I was getting ready to leave my office for the weekend when my coworker nonchalantly wished me a Happy Mother's Day. I was stung. She couldn't possibly have known this, but at the time, I was trying to conceive with my husband. Just that morning, I had found out that I hadn't ovulated the previous month, even though I was on medication that was supposed to make me do so.

For hours afterward, I sobbed in my best friend's car. There is nothing like being told "Happy Mother's Day" when you aren't a mother, but you desperately want to become one. For years afterward, I struggled with fertility issues, so celebrating Mother's Day was incredibly painful.

I spent most of my life swearing that I would never become a mother. I grew up not wanting children, mostly because I always had a strained relationship with my own mom, so when I got married at 19, my husband and I never discussed having kids. At the time, we were both active duty in the Navy, and I didn’t want to be yet another female sailor who was judged by her superiors for deciding to start a family. So we took the necessary precautions to avoid getting pregnant. The whole time, I never would have suspected that I might not have had the ability to get pregnant in the first place.

To be honest, I should've realized something was amiss. From a very young age, my periods were extremely painful and irregular, to the point that the cramps and heavy bleeding would cause me to be bed-ridden. My doctor prescribed me birth control in high school to help make my periods more regular, but it never did alleviate the cramps, and truthfully, no one ever told me it was out of the ordinary for my period to be this painful. I just figured some women had it worse than others.

I'd always thought that it was my choice not to get pregnant, but I'd just learned that maybe the reality was more complicated than that.

When I was 24, I went to a dermatologist to get treated for my adult cystic acne. At the appointment, he told me that he was almost positive that I had something called PCOS, or Polycystic Ovarian Syndrome, which meant that I essentially had cysts in my ovaries. He told me that if I did have it, it would be "highly difficult" for me to get pregnant.

I left the office with a new feeling I had never experienced before. I'd assumed that because I was a woman, I could have a baby whenever I wanted. But learning that my body might have to struggle to get pregnant showed me how naive I'd been. I still wasn't sure if I wanted to have kids, but I'd always thought that it was my choice not to get pregnant. Now, I knew the reality was more complicated than that.

A few years later, my husband and I started talking about having a baby for the very first time. We'd gotten married very young, and he suffered from alcoholism during the first few years of marriage, so it took a great deal of counseling and hard work for us to fix what had been broken between us. Yet we'd just reached a new chapter of our marriage, and it made me fall in love with him all over again. This love made me realize that I wanted to — no, I yearned to — have a baby with him.

I exchanged my birth control for prenatal vitamins, and I started taking a medication called Metformin, which helped regulate my periods. I also started tracking my period and ovulation cycles. Months and months passed — no dice. When my doctor finally gave me an ultrasound which confirmed that I had PCOS, because it showed cysts in my ovaries, I knew for a fact that trying to conceive was going to be difficult for us.

Everywhere I looked, I was reminded that I wasn't a mother. Facebook, television commercials, even magazines and newspapers with Mother's Day sales ads reminded me of my failure.

That journey took a toll on me. It seemed like everyone I knew was getting pregnant and starting a family, and I longed to have a child of my own. To make matters worse, I had no one I could talk to about my struggles. Everyone talks about what happens when the double line shows up on the pregnancy test, but no one talks about what it feels like when it doesn’t.

Every time I peed on a stick, I prayed that it would finally happen; and every time, I was disappointed. I wondered why my body wasn't working the way I thought it was designed to. I felt broken, and I felt guilty for all of the years I'd arrogantly thought I had a choice in the matter. I couldn't believe how naive I had been.

During this time, I avoided all Mother's Day celebrations. The holiday made me want to crawl under my blankets and not come out until it was over. Everywhere I looked, I was reminded that I wasn't a mother. Facebook, television commercials, even magazines and newspapers with Mother's Day sales ads reminded me of my failure.

Years later, I went on my third cycle of Clomid, a medication given to women with PCOS that essentially tries to induce ovulation. My two previous cycles of Clomid had failed to work, but apparently, the third time was the charm: I finally got pregnant. When I saw the two lines on my pregnancy test, I was in such disbelief that I took seven tests before I truly believed it was real. I will never forget the sheer joy and shock of that moment.

Eventually, we had two daughters. I don’t know if a third child is in our future, but for the time being I am content with the two I have, and this Mother’s Day, I won't hide under my covers and wait for the day to pass. Instead, I will be grateful for all of the hills and valleys on the road to getting here.