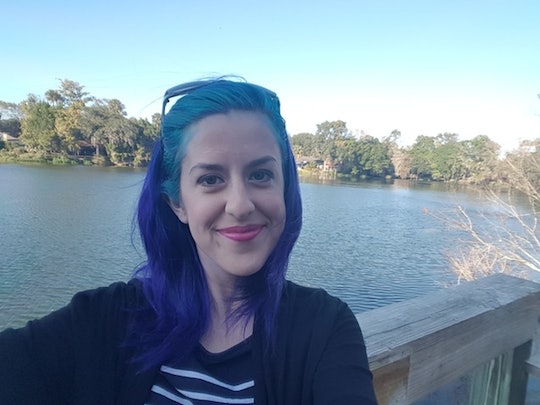 It seems that everyone is interested in having a fuller, more enhanced pout lately. Despite the numerous fails that occurred when people tried the Kylie Jenner lip challenge, many are still willing to try any fad that promises plumper lips. I'll be honest, though. Solely from a place of curiosity, I've always wanted to try a lip plumper to see if it really could work. I figured, worst-case scenario, it would be just another lip gloss to add to my collection. Best-case scenario, the product would live up to all the hype and promises, and I'd have fuller lips.

On the surface (quite literally), this mini beauty adventure seemed like just another fun opportunity to try out something new. It's one of the things I miss about being a teenager, actually. I used to love experimenting with crazy colors and trendy products with my friends. It didn't matter if they turned out great or not, it was the experience that was the enjoyable part. So on a deeper level, I wanted to see if trying out a lip plumper would let me recapture that sense of youthful zealousness.

The premise was simple: find a lip plumper that had some of the best reviews and was recommended by friends and makeup artists alike. So I headed to my local Sephora and, with the help of a beauty expert, picked out a product that promised a fuller pout. I used Too Faced Lip Injection Extreme because I heard great things from friends, online reviews, and the Sephora employee.

The Plumper In Action

Honestly, it only took one time for me to try the lip plumper, along with its painful effects, to be turned off from the entire idea. Though my lips definitely looked redder and a bit puffier, it appeared more like a bad reaction to something I'd eaten or a product I'd used than an intentional makeup choice meant to make my lips fuller and sexier. Even after I wiped off the gloss, my entire mouth area still burned for almost half an hour. I don't judge anyone who chooses to go this route, but it's just not for me.

My husband was at work while all of this happened, but my son was home with me. Since he's only 2 years old, he didn't really understand what I was doing. But when he saw my inflamed mouth, he exclaimed, "Oh no, Mommy! Mouth ouchie? Oh no!" He patched me up by handing me a Kleenex, giving me a hug, and letting me hold his favorite bear, Bradley.

In a way, my son's reaction showed me just how ridiculous and bizarre it is to intentionally put something on that has the potential to cause you pain just because you might get the appearance of slightly fuller lips, albeit temporarily. As if the burning sensation wasn't enough to turn me off from the world of plumpers, my wise toddler's comments sealed the deal. As the first woman he's met, I have the job of showing my son what it means to be a woman, which will in turn show him how to treat a woman.

If he sees me constantly trying to change my appearance or hears me complaining about my features, he might develop a skewed perspective. I don't want him to think that women should be held to different standards than men, especially in the looks department. My worth is not based on what I see in the mirror, but rather what I can contribute to the world. Yet I'm cautious and mindful to teach him the difference between me accepting the face and body I was born with and not shaming or judging others if they need to alter their exterior for the sake of their own inner peace. Who knew trying a lip plumper could stir up such deep feelings on gender, sexuality, and letting my son know he doesn't have to conform to a binary narrative.

The whole trend of trying to achieve fuller lips by any means possible also got me thinking about how Eurocentric standards (wrongfully, in my opinion) rule the beauty world. I can't deny that, though some Caucasian women might be born with a plump pout, full lips are more common among African, Hispanic, Latina, and Indian women than those of European descent. Personally, I feel much more comfortable not appropriating another's culture just for fuller-seeming lips.

So even though I'm glad I took the leap and tried something new, I will definitely not use a lip plumper again. Not just because of the philosophical rabbit hole I fell down, but because it simply isn't my cup of tea. I'm happy with my face and no one else can or should define what qualifies as "beautiful." For some women, full lips make them feel good. It's not for me though, and that's totally OK.