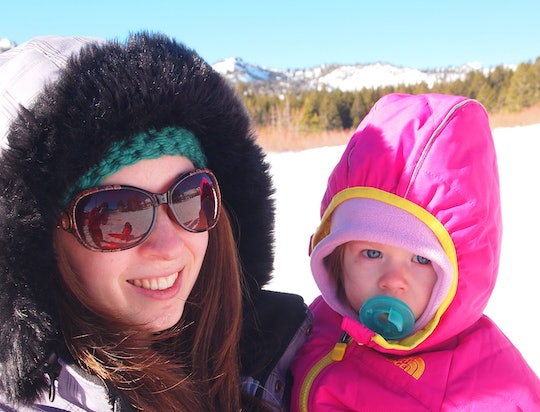 I’ve never been a fan of American helicopter parenting, despite definitely being a helicopter parent myself at times. The anxiety isn’t healthy for me or for my stifled kids. I hate feeling like parenting is constantly stressing me out, instead of being a source of joy. Some days I feel more like a referee enforcing the rules than an involved mother helping my kids grow. I know I can’t have smooth parenting sailing all the time, but I could probably do a lot better finding balance between the enjoying my kids and lording over them — parenting more like the Swedes do.

Children have a 'right' to their parents’ body for comfort, and overall they are treated with a lot more democratic respect in the family.

I’ve always been fascinated by European parenting and how the Swedes don’t seem to fall into the same stressful parenting traps that I so often find myself in — constantly worrying about my kids’ safety, stressing about their future, feeling too strict, not enjoying the moment, the list goes on. Swedish parenting seems to be less structured, more laid back, and surprisingly more child-centered. Child-rights in Sweden are a big deal. Corporal punishment (spanking) is illegal, children have a “right” to their parents’ body for comfort, and overall they are treated with a lot more democratic respect in the family. Outside time is crucial, as is creative, play-based learning as opposed to academics. The Swedes are all about doing right by their kids.

Perhaps it’s unsurprising then that Sweden has one of the best paid leave systems in the world, allowing both parents up to 480 days of paid leave (Yes, 1.5 years with pay). As a new mom who had to save up her two weeks of vacation time as “maternity leave” then quit because I couldn’t afford daycare, it’s a dream that sounds too good to be true. Having the time and money that allows parents to adjust to their new lives and take equal responsibility on the caregiving front? Yes, please.

While I wasn’t able to overhaul the entire broken government system to allow for extensive paid family leave, I could work on more equal parenting with my partner, and focusing on the “rights” of my kids within the home. I could give my kids more freedom and say in how they want to spend their time at home. And even though it’s winter, we could definitely bundle up and spend more time outside. After all, there’s “no such thing as bad weather” as Sweden (and many other parts of the world).

So what did Swedish parenting look like when stacked against my typical American style?

We Went Outside More

I am not a fan of being cold, but honestly, my kids don’t care. In fact, it’s usually a struggle to get my son to put on his coat, even when it’s 30 degrees when we’re walking to school in the morning. Speaking of that, in the dead of winter, when it’s always cold, that morning walk to school is often all the outside time I muster with the kids.

With the Swedish way in mind, however, I made a more concerted effort to spend more time outside. It worked for about a day. But then I realized that I didn’t have to be outside. My kids did. I bundled them up appropriately each morning, and let them run around, sun or snow.

And when we did have some dry weather, I took my son on a long winter bike ride. It was freezing, but to tell you the truth, it was worth it. It made sitting by the fireplace afterwards feel so good, and it gave me some much needed bonding time with my eldest.

We Were More Affectionate

Spanking isn’t something we do in this house, so nixing corporal punishment wasn’t a big life-changer. But keeping in mind that parents have an obligation to provide their kids comfort made me much more affectionate throughout the week. I was much more likely to offer a hug when someone got hurt (instead of simply assessing the situation). We spent our early mornings snuggling on the couch instead of jumping right into our days.

Now that my kids aren't small babies, I often don't think about the need for bonding, but getting in more "loves" helped me feel way more connected with my kids.

I Let My Kids Play

I’m a natural planner, so I have a tendency to fill up our days without leaving a whole lot of room for play. I also spend entirely too much time stressing about extracurriculars. I feel like I’ve been in a mad dash to get my son into a new activity since he decided to quit gymnastics, but this week I decided to ignore the structured play and just let me kids do what they wanted. We even skipped gymnastics for my daughter in favor of a trip to the park.

I’m not going to lie, going the free-play route was messy. They wanted to paint and make pillow forts and oh my dear god were they loud, but it was also so much fun.

And speaking of the mess…

We Came Up With New Rules Together

I am always the one in charge of household upkeep. I often find myself threatening to take away all of my kids' toys if they don’t pick them up, or snapping when I ask them to do something five times in a row (like putting shoes away instead of throwing them in the middle of the living room floor).

Honestly, we’ve been having way fewer struggles over the mess this week.

So one morning, I decided to sit down with the kids during breakfast and come up with some new rules together. I asked for my kids' input on what would be good rules to keep the house clean and make sure everyone was happy. I floated the idea of taking away things that were left out (after a reminder) for three days. I expected the idea to be met with resistance but they actually lobbied to have their items taken away for five days. They asked if they could take away my shoes if I left them out, and were wide-eyed with excitement when I told them "yes."

It didn’t happen, but knowing the rules applied to everyone made them feel like they had more of a stake in the running of our home, and honestly, we’ve been having way fewer struggles over the mess this week.

While we may not have paid parental leave, my husband did happen to get laid off from his job not too long ago, so he was all-in on our Swedish parenting week. While it’s been more than a week that he has been at home, it’s been eye-opening to see how much the parenting dynamic shifts when both parents are able to take on caregiving in the same capacity. We’ve found ourselves saying that this is our “make-up” time for not having paternity leave, and it’s been such an incredible opportunity for my husband to be the involved parent he wants to be.

Do The Swedes Do It Right?

Giving myself a break from my normally uptight parenting was a truly amazing experience. I thought I would struggle with giving my kids more freedom and autonomy, but I found it didn’t just improve their lives, it improved mine as well. My house was cleaner (really!), my mind was calmer, and I found myself being present far more often. I felt connected with my kids in a new way by valuing them in a more traditionally Swedish way.

From here on out, I definitely think I’ll be taking a cue from the Swedes, and make sure our family spends more time enjoying one another than struggling against each other. On your bikes!

More Like This
I Finally Tried Toy Rotation — & OMG, It Actually Works
Tips For Apple Picking With Kids
Now Your Kid Can Rock AFO Braces With Their Favorite Doll Or Stuffie
25 Mother And Daughter Halloween Costume Ideas That Are Cute And Spooky